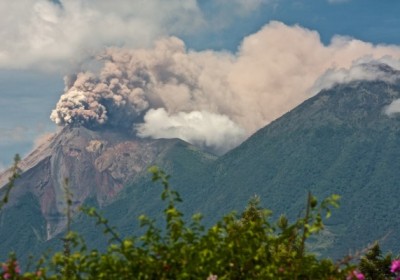 Here’s the Associated Press introduction to the news report about Fuego volcano eruptions from September 13, 2012: A long-simmering volcano exploded with a series of powerful eruptions outside one of Guatemala’s most famous tourist attractions on Thursday, hurling thick clouds of ash nearly two miles (three kilometers) high, spewing rivers of lava down its flanks and prompting evacuation orders for […]