text and photos by Ira Lewis

Hidden behind a coffee finca on the lower slopes of volcano El Agua is the first winery to produce wine from Guatemalan-grown grapes since colonial times: Chateau DeFay. Jacques and Angie DeFay recently presented their first vintage after years of finding the right grapes, some false starts, lots of very hard work and years of nurturing the vines. The vintage is 2007, but the wines have only just become available to the public.

After a four-kilomoter drive down a dirt road from Santa María de Jesús toward Palín, it comes as quite a surprise to find this turreted chateau, which would be perfectly at home in Bordeaux or Italy. A gate on the left with the discreet initials “CDF” marks the entrance.

The three wines of the first vintage, even coming from young vines, show promise. Could Guatemala be another improbable area that will become a wine-producing country because the right soil and weather conditions exist? It all starts with one winery.

For example, North Carolina was not a wine-producing state 20 years ago. Then tobacco demand fell, a few farms planted grapes and some started to make wine. As the potential became apparent, experienced vintners came into the area and now wine cognoscenti are starting to refer to the North Carolina Piedmont region as the Sonoma Valley of the East Coast.

Jacques DeFay had previously made two visits to Guatemala, totaling about seven weeks, when he was working for the Inter-American Development Bank. When he decided to retire, he and Angie returned to Guatemala to look for a farm where they could grow raspberries. After looking for some time, they bought the coffee finca on the lower slopes of El Agua 10 years ago. There was not enough water for raspberries, but Angie planted asparagus, which she still grows, and presents as a tasty preserve—a very light pickle which enhances the natural flavor of the asparagus.

Even though people said he was crazy, Jacques decided to try grapes, and the first vines were planted nine years ago. Strictly by trial and error, he tried several varieties before finding some that took well to the volcanic soil and the seasonal variations of the area. No one could give advice except “don’t waste your time.”

Once he had his grapes, Jacques drove ahead with his plans for a winery. This was not to be a hobby but rather a serious winery producing the best wine possible from Guatemalan grapes.

A chateau was built which, besides having family living quarters, could also be used for wine tasting, receptions and other events. An 18-hole miniature golf course was placed on the landscaped grounds as well as a round, glassed-in barbeque pavilion.

Stainless-steel winemaking equipment was imported from the United States by way of Italy and France, and an Italian winemaker, Bruno Coppola, was hired to develop the wines. Jacques had worked with very little assistance developing the vines but decided he really needed a trained winemaker to properly control the winemaking process. Coppola was trained in Italy, worked there at his uncle’s winery, then added four more years experience in wineries in the Sonoma Valley and two years in New York, where Jacques met him. He’d gone on to Brazil and then to Italy as a consultant when Jacques persuaded him to come to Guatemala.

The three wines of the first vintage show great promise. Two of the three, Angie’s Blend and White Merlot (rosé) are different from the dry, full-bodied wines most appreciated in Guatemala.

There are other wines of the world, which have different standards and different tastes. They are neither better nor worse—they are different and many are excellent. It is next to impossible to find in Guatemala a Beerenauslese from a top Rhine vineyard, a great Sauterne or a dry Oloroso sherry, because they do not conform to the accepted taste standards.

Angie’s Blend is one of the few dessert wines on the market here. When served with some pieces of good chocolate or a simple pound cake, Angie’s Blend gives you an epicurean dessert. The most expensive wine in the world happens to be a dessert wine, a Sauterne made by the Chateau D’Yquem.

The Germans also use these off-dry, fruity wines to stand up to highly spiced dishes—curry or Kak-Ik. It also works well with strong cheeses.

The French make and enjoy some really excellent rosé. White merlot is a wine to sip and enjoy, a tasty aperitif that starts with a sweetish grape flavor and has a dry aftertaste. It also would go along with mild chicken and other not-so-strong, dishes.

The Chardonnay comes with a strong mineral taste from the volcanic soil. Alongside a good California Chardonnay or a Blanc de Blanc of France, it loses right now. Still it has some levels of taste that show promise. It is worth trying with strong fish dishes or strong boquitas. It should be served very cold. With a few more years to develop, it could become a very good wine.

Visit www.fincadefay.com
Complimentary tastings on Saturdays and Sundays, 10am to 4pm, by appointment only on weekdays. There is also a special tour of the vineyard and winery for approximately $3 per person.
The facility is also open for special events such as weddings and receptions, anniversary parties and graduations.

You can enjoy a tasting of the Chateau DeFay wines at La Casserole on Callejón del Hermano Pedro in Antigua. More varietals are being added each year. 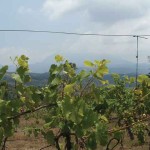 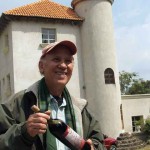 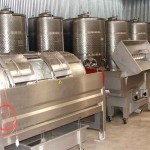 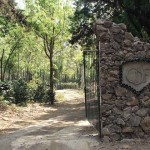 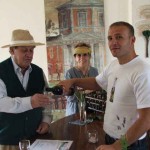 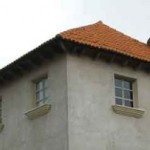