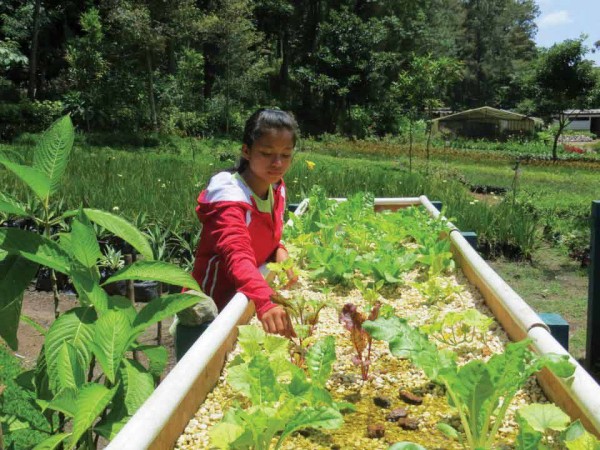 In the small pueblo of Chimaltenango a group of young people from across Guatemala and neighboring El Salvador gathers for a four-day youth leadership congress, organized by the NGO SERES.

In a scene that could be mistaken for an acrobatics class, they discuss how in teams of six they can hold a group pose with only eight hands and three feet touching the ground. There is laughter and high spirits as one by one each human pyramid comes crashing down. But, despite the jovial atmosphere, there is a reason why these young people are here today: each one of them is concerned about environmental issues that are devastating their communities and wants to help put a stop to them.

Aged between 15 and 25, these young adults have come together to discuss the problems that their hometowns face, create ideas to tackle them and draw up detailed action plans, which will then be presented to their communities with the hope of generating enough support to bring their proposals to fruition.

Daniella Grijalua, 16, comes from Escuintla. She says that garbage used to be so bad in her community that she could smell it from her classroom. But since becoming involved with SERES, she has made her neighborhood more environmentally aware and there are now fines for people who litter.

“I’m so satisfied that I’m helping my community, and each time I come here I get new experiences to take back to my family. I don’t use tins or plastic bags anymore, and since the school in my community doesn’t have a kitchen, we’re collecting bottles and filling them with inorganic waste so that we can build one.”

SERES’ focus on inspiring and empowering the country’s youth stems from its belief that young people need to be taught the necessary skills to drive their own communities forward, rather than wait for foreigners to do it.

“In Guatemala almost 50% of the population is 18 or under,” says SERES founder Corrina Grace. “But because of the country’s 25-year history of aid and charities that have formed a gift economy, there is this generation rising up that aren’t empowered to do anything with their life.”

Guatemala hosts more foreign NGOs than any other country in Central America. While these organizations are important in providing support for human rights, fighting rural poverty and improving education, to name a few, they often take on tasks that should be carried out by local non-governmental and civil society organizations.

“As (foreign) NGOs, what we really should be doing is writing ourselves out of existence and training up Guatemalans to lead their own communities,” Grace says. “But at the moment we’re not in this mentality. What SERES is really about is recreating the development paradigm and putting power back into the hands of the people—because this is the only way we can achieve sustainable development.”

Through word of mouth, SERES is creating an organic youth movement: training young Guatemalans who can then go back into their communities and share their skills with others.

Julio Vasquez comes from Uspantán, an indigenous area in the mountains that recently found itself at the mercy of oil drillers, miners and hydroelectric dams.

“My community has a lot of problems from la minería. The mayor gave permission for the mining companies to go ahead two years ago, but they cut down all the trees in the mountains and the birds died. You used to be able to see and hear nature all around you, but now there’s nothing,” Julio says.

Since starting with SERES, Julio has learned the importance of caring for the environment and is currently involved in a project to encourage Uspantán’s youths to engage with local issues and help create change.Through receiving talks from their elders about how life in their community has changed over the past 60 years, taking part in nutritional workshops and watching documentaries about successful youth-run projects, these young Guatemalans are learning how to tackle their communities’ problems and are being given the confidence to create their own futures.

SERES has worked with over 300 youths and helped to facilitate projects such as tree planting, building eco-schools and starting medicinal plant gardens in areas where pharmaceutical products are too expensive. 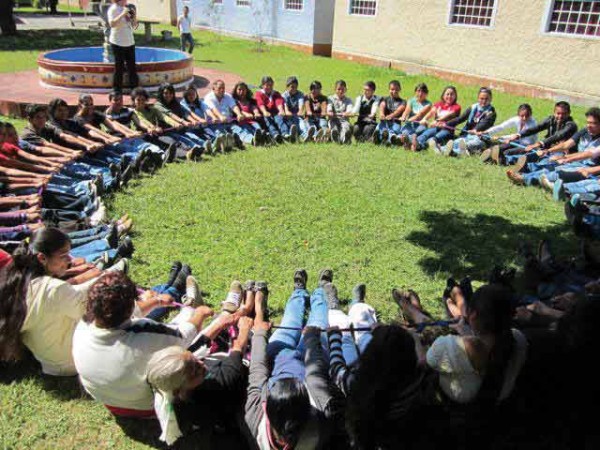