The Museum of Archaeology and Ethnology 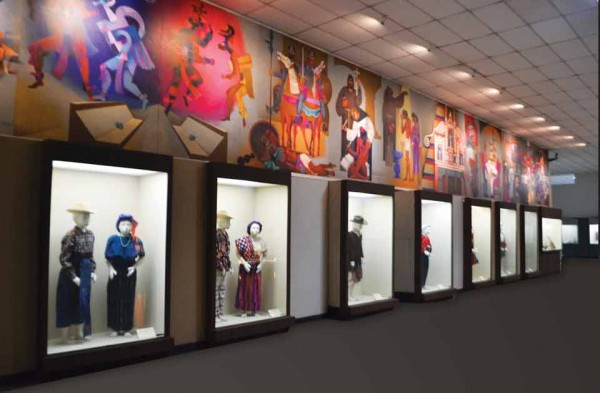 This significant collection tells the story of 3,000 years of history

Arguably the capital’s finest educational offering, the Museum of Archaeology and Ethnology showcases the pride of ancient Guatemala. With over 30,000 historical artifacts and various recreations of Mayan communities, this significant collection tells the story of 3,000 years of history in a single hour.

From the oldest object—a 6,000-year-old arrowhead—to the newest—a religious mural from 1990—this museum highlights the importance of the ancient Maya and brings their tale to the rest of the world.

“This museum represents one part of the country,” says Director Daniel Aquino Lara. “Guatemala has a distinctive past with distinctive identities. But years ago, this is what people identified with.”

On average, 70,000 visitors walk through the museum’s doors each year. However, last year there were significantly more as global 13 B’Aktun fever hit and crowds gathered to see the only original stone in Guatemala with the sacred December 21st date inscribed upon it. In total there are 30 stones that make up the original inscription, and archaeologists are currently in the process of trying to put them all back together.

Within the museum’s vast open space, both rare and common items of the time, such as plates, bowls and jade, are placed side by side, while recently discovered tombs of Maya royalty are showcased in their entirety so that it appears as if you are the one discovering their burial sites for the very first time.

The tomb of the Maya queen Lady K’abel that was famously discovered in Petén last year will be transferred here later in the year. Considered one of the great queens of Classic Mayan civilization and one of the most powerful individuals in Tikal, Lady K’Abel will be displayed in a similar way to which she was discovered, and alongside the valuable possessions she was buried with.

Due to the popularity of the museum and the sheer volume of artifacts, Slightly pricier than the others, this museum costs Q60 for foreigners to enter and Q5 for Guatemalans, but is well worth the extra money.

the exhibitions are regularly changed. Much of the museum features active presentations of the country’s cultural riches, such as depictions of dances, figures clothed in different tela and scenes of Mayan village life, which give visitors an insight into a day in the life of the country’s indigenous people thousands of years ago.

“This project tries to unite current Mayas with their past. Many people think that the Mayas left Guatemala, but they are still the same people, just perhaps slightly disconnected with their past,” says Aquino Lara.

Just like its neighbor, the Museum of Modern Art, the Spanish colonial-style building was never intended to be used as a museum; it was built as a party house for President General Jorge Ubico —a place to wine and dine his friends before taking them across to the dance hall.

Nowadays the museum also doubles as a cultural center, hosting UN talks and celebrating various countries’ independence days. Aquino Lara says these events may not have anything to do with archaeology but they are linked to society, which is another of the museum’s focuses.