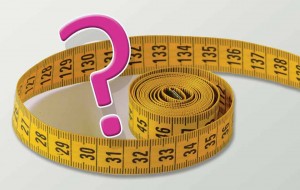 In late 1999 a would-be Mars orbiter, manufactured for NASA by aerospace titan Lockheed Martin, entered too low an orbit around Mars, burned up and crashed, costing U.S. taxpayers at least $125 million. The subsequent investigation revealed that one of the engineering teams had been calculating using metric measures (meters, kilometers) and the other the English system of feet, yards and miles.

They should have used Guatemalan engineers.

Is there another country in the world whose people so effortlessly and daily interchangeably balance meters and inches, gallons and liters, kilometers and varas? Not to mention manzanas, caballerías, leguas, different varas, arrobas, tareas, cuerdas, and my new favorite, the paja.

Consider the label on my bottle of Pine-Sol floor cleaner: “mix four ounces of liquid with five liters of water.” Say what? Send me to the web and I am still in the dark. My gardens measure several cuerdas, and my firewood is stacked in tareas (literally tasks) but I have no idea what that all means.

Guatemala’s weights and measures apparently reflect different predominating foreign influences throughout its history. When the Spanish were the kings of commerce, manzanas, caballerías, arrobas, varas and libras dominated. Alas the Spanish libra, or pound, is apparently different from the English one. When the British ruled trade, ounces, gallons, miles and inches came into use. We can all be thankful that a person’s body weight in Guatemala is not stated today in “stones,” a measure still used by many Britons. “Say, looks like you’ve put on a few stones.”

Here is my guide* to some of the more arcane Guatemalan units of weights and measures. A vara is a length of about 30 inches. Its length varies from area to area around Guatemala. It is also the word for the staff (scepter), decorated usually with silver that town officials carry as a badge of office. An arroba loosely translates to an armful. A cuerda translates, again loosely, to a cord, when applied to firewood, or a unit of surface measurement as in, “Pancho owns x cuerdas of land.” A caballeria, perhaps apocryphally is said originally to have meant the amount of land a knight, or caballero, could square off in a single day between sunrise and and sunset on his horse. “Better use a fast horse, milord!” A manzana, of which there are many to a caballeria, is apparently 10,000 square varas, but which vara?

A tarea was apparently originally a defined unit of work/labor: In the late 19th century Guatemalan farms, or fincas, often issued tokens to employees denominated a tarea, presumably exchangeable at the company store. Today these are called finca tokens. I know from having given rides to people in remote areas that a legua, or league, is a long way. Webster’s Dictionary is not much help, defining a league as “between 2.4 to 4.6 statute miles.” The French don’t help either what with Jules Verne’s 20,000 Leagues under the Sea.

My newest favorite is the paja, a measure of cubic volume of water now entering my house from nearby Lake Atitlán. I have no idea. But then when I was a schoolboy in England, I couldn’t fathom (how much is that?) rods, chains (66 feet) and furlongs (220 yards), either!

And, we’ll have to leave the U.S. system of bushels (depends on the product), a barrel (depends on the temperature) and pecks, as in the lyrics “I love you a bushel and a peck” from (Guys ‘n Dolls) for another day.
Back to the original point. Any Guatemalan schoolchild could have told the Lockheed and NASA engineers working on the Mars orbiter that Mars is exactly 7,412,000,000,000 (that’s quadrillion) varas from Cape Canaveral, or who knows how many leagues?

We would all be completely lost if the Revue didn’t publish a monthly table of real estate measures.