The Ghosts of San Juan Chamelco

The apparition appears as a young girl with long, shiny black hair and a beautiful figure, though her face is always veiled in shadow.

The Legend of Pozo Vivo 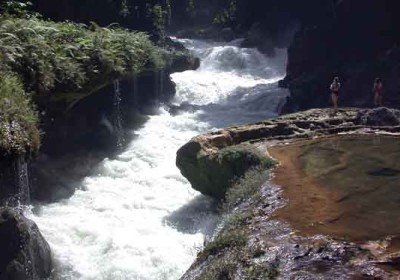 Eight Spanish soldiers of fortune commanded by Capt. Pedro de Herrerías arrived in the valley of Tactic. They had been following the Cahabón River to its source, in the hope of finding the Fountain of Youth, which the Indians of Cozumel had told them was located in this area.

written by Bob Makransky The only instance, in the entire Spanish conquest of the Americas, when the local chieftain was permitted to retain the power of government. By the year 1543, after several unsuccessful military expeditions against the warlike Q’eqchi’ Indians, the Spanish conquerors were desperate. At the same time, it had become evident to the chieftain of chieftains of […]