My teacher yanked my homework away from me and began furiously marking it up. “This is ugly. You write bad.”

Normally, this sort of treatment would lead to a verklempt Skype call to mom. In this case, my “teacher” was 8 years old, and I was welcoming the abuse.

During Semana Santa, I became one of the thousands of international students who have studied at Quetzaltenango’s renowned language schools. The anecdote above came during my home stay, where two extraordinarily hospitable Guatemalans and their children put me up in an apartment on their roof, while I worked for five hours a day in one-on-one tutoring.

I had already lived in Guatemala a year-and-a-half when the week started. Yet since I primarily use English for my job my Spanish has suffered, and I hoped seven days of forced immersion would make fluency a bit more visible over the horizon. I was right.

Quetzaltenango (or Xela, an abbreviation of its Mayan name Xelajú) is an ideal location to buckle down and study, and you can hardly go two blocks without seeing signs for a wide variety of schools. Tucked over 7,000 feet up in the Western Highlands, Xela avoids the urban sprawl of the capital without sacrificing any major comforts (there’s even a Walmart, if you’re into that sort of thing). Covered in an eclectic mix of Spanish-colonial and Greco-Roman architecture, the city provides plenty of activities, and lots of locals are happy to help improve your ugly writing. 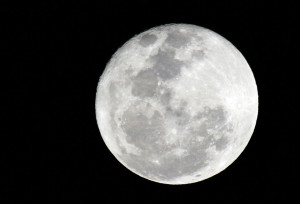 Prices range from around $100 to $200 a week, including the home stay. Tutors are used to teaching all skill levels, from travelers who haven’t struggled with por and para since high school, to bilingual human-rights lawyers like Daniel Wilkinson, who “brushed up” on his Spanish here in Xela before writing Silence on the Mountain, a journalistic tour de force that should be required reading for any Guatemala traveler.

Classes usually last until early afternoon, leaving time for field trips, salsa classes and sorting through stacks of flashcards. Many schools also incorporate current events and elements of social justice into their curriculum, a move that not only keeps you on top of the major regional issues, but helps grammar rules stick in the process.

Students at various schools voiced similar feelings: “I feel like I became friends with my teachers, and I still keep in touch with them.” “I loved the community feel they created and that the learning was immersed in something deeper and more related to the human experience. It made my learning richer, fuller, and more meaningful.” And of course: “They had some of the best coffee I’ve tried in Central America—and it was unlimited!”

On my last night I stood on my family’s roof, the giant form of El Baúl staring back at me. The mountain’s thick tree cover was visible only in silhouette, lit up by the rising moon on the other side. After several minutes I could trace the edge of La Luna de Xelajú, its shape clear but the center obscured by one particularly large tree.

I eventually stepped indoors and got into bed. It would be a while before the moon was in the center of the sky. But as I listened to barking dogs, I realized the moon felt closer than it had ever felt before.