One of nature’s marvels unfolds nightly this time of year on Guatemala’s Pacific coast—a beautiful yet awkward ballet of emerging life that, within minutes of existence, is challenged for survival against natural predators.

And this is the second test. The first was whether the hatchling completed its incubation at all because of human predators.

Raccoons, opossums and some birds are among species that snatch up and eat sea turtle hatchlings soon after they break out of their eggs, which were deposited in sandy nests roughly 45 days earlier by mothers lumbering ashore.

Their little flippers scooting them to sea in an age-old, instinctive march, the tiny creatures are easy prey in these first defenseless hours between sand and surf.

The much bigger problem, which threatens the very survival of the ancient species, is posed by villagers along Guatemala’s and other remote coasts: nest robbers who value huevos de oro (eggs of gold) for food and mystical purposes.

Criss-crossed by numerous lagoons and canals, the Monterrico-Hawaii Natural Reserve is home to a variety of birds and reptiles.

“The sea turtle, which for hundreds of thousands of years has inhabited the beaches of Monterrico and the southern coast of Guatemala, is in danger of extinction,” explained Thomas Stutzer, director of the Fundación Eterna Primavera (Eternal Spring Foundation). “We want to reverse the decline of the sea turtle population on Guatemala’s southern coast.”

Stutzer estimates 80 percent of sea turtle eggs are stolen from Guatemala’s beaches and sold for consumption. “We need to convince the villagers and consumers that Guatemala is losing one of its most important natural treasures,” he said.

The Eternal Spring Foundation is organizing a long-term campaign to help save the gentle creatures, which this time of year are the center of attention at the Monterrico-Hawaii Natural Reserve.

“The sea turtle is one of Monterrico’s most famous attractions, which allows foreign and local visitors alike to have a unique nature experience—once when the adult turtles come to deposit their eggs on shore and another when the hatchlings go back to the ocean,” Stutzer said.

With the turtle nesting season at its peak, October is an ideal time to visit Monterrico’s ocean-front hotels and the Monterrico-Hawaii Nature Reserve, a 28-square-kilometer paradise that serves as a significant nesting ground for endangered leatherback and ridley turtles.

Visitors have a unique opportunity to watch and even help release the hatchlings from their nest under the guidance of local environmental experts (for a modest donation).

Criss-crossed by numerous lagoons and canals, the reserve is home to a variety of birds and reptiles and serves as a rest stop for wildlife migrating through the Americas. The reserve’s dense mangrove islands provide habitat for small fish while guarding the shoreline from coastal erosion.

The reserve’s main focus is the turtle-release program, and visitors during turtle season—August through January—are sure to witness a unique moment as hatchlings emerge. 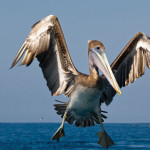 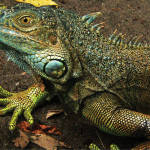 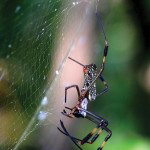 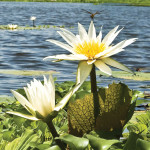 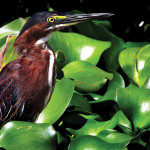 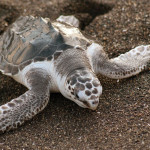