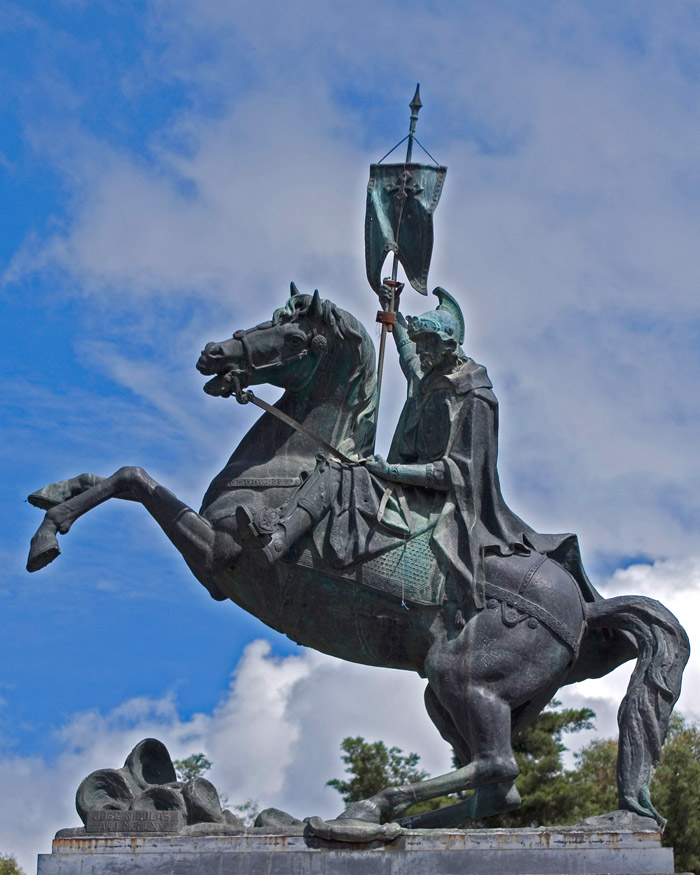 That is a long story that begins with the primitive Christian faith. After the death of Christ, James was part of the initial group in the early Church and, in his evangelizing work; he marched to the Spanish peninsular territory, some say that around year 40 A.C. James entered Spain through the uninhabited coast of Portugal.

For being the one who brought the new religion to Spain, he became the Patron Saint of the Spaniards, often represented as a pilgrim wearing his common symbols a traveler’s hat and a scallop shell.

A later tradition states that he miraculously appeared to fight for the Christian army during the legendary battle of Clavijo against the moors in 844 and was henceforth called Santiago Matamoros (Saint James the Moor-slayer). As they went into battle they raised for the first time the war cry, “May God and St. James help us!” This story inspired a new iconographic type in which the saint is represented on horseback (white horse), bearing a white banner with a red cross (la cruz de Santiago), brandishing a sword, sometimes with defeated enemies at the horse’s feet. 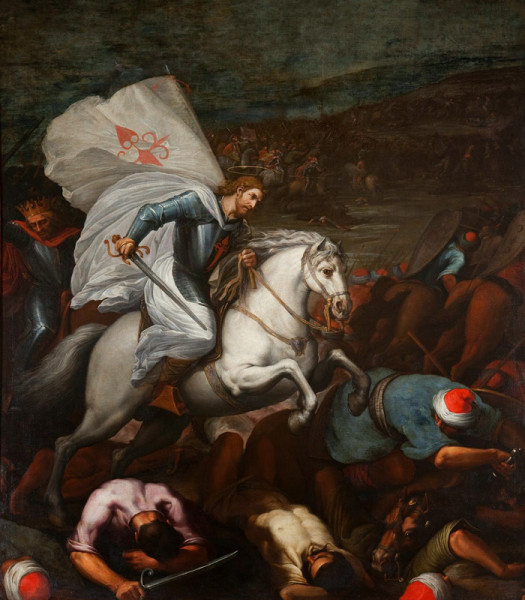 In Spanish America, the new iconography of St. James was used in the Spanish colonization, as a rival force to the indigenous Gods and protector of Spaniards. He was depicted as a “conquistador”, therefore, when a new city was founded, it was given the name of Santiago as many cities in America are called and they also have Santiago as their Patron Saint: Santiago de Cuba, Santiago de Chile, Santiago de Guayaquil (Ecuador), Santiago de León Caracas (Venezuela) and Santiago de los Caballeros de Guatemala, today, La Antigua Guatemala.

La Antigua Guatemala still holds the old Santiago armorial bearings granted to the city by Queen Juana I of Castile on July 28, 1532. 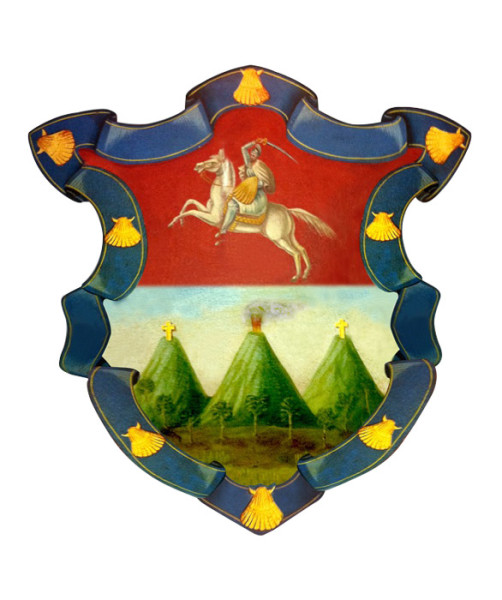 Antigua’s armorial bearings design description:
Divided into two parts, in the top half a Santiago armed riding a white horse, holding a naked sword over a red field, in the half below, 3 volcanoes (Agua, Fuego and Acatenango) the middle one throwing fire flames. Trees that symbolize effort and victory, and as a border, eight golden scallop shells over blue field.

This month, La Antigua celebrates the Patron Saint Festivities, sports, religious and cultural activities will be held in his honor on July 25.