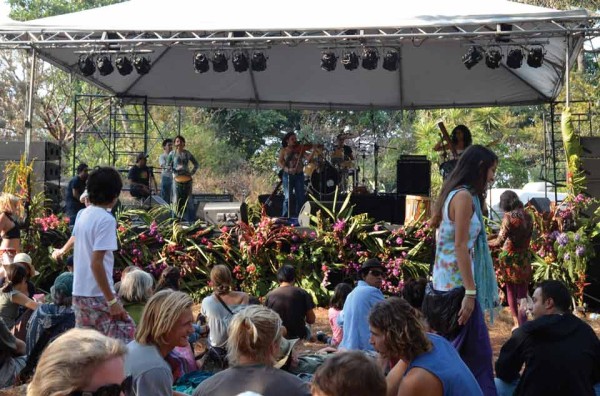 Roberto Luz is a tall, enigmatic man with long, dark hair and the posture of the perpetually preoccupied: head bent slightly forward, eyes in the middle distance. In person he’s charming and informed, but when talking to him one cannot help but feel as if he’s simultaneously elsewhere, listening to a music the observer cannot hear. He may very well be.

The Festival Atitlán has been held almost every year in Santiago Atitlán since 2001. It features an eclectic bill of musicians, including local performers whose talent might otherwise go unacknowledged by the wider world.

“We start with nothing,” says Luz, “no sponsorship, no equipment, no money. Then we start to stir up the cauldron through the social media, banana wireless and word of mouth, and wait for the magic to happen”
Sometimes the magic happens, and sometimes it doesn’t. There have been 10 festivals in the past 12 years. Luz recently started broadcasting Radio Festival Atitlán (available at festivalatitlan.com) in the hopes of inspiring others to share the work of putting the festival together.

The music on the station, gleaned from many hours of recordings from the festivals and from Luz’s own record label, reflect the diversity of artists Luz has drawn to the shores of the lake to perform. In the space of an hour the listener can absorb American bluegrass (LeRoy Mac), righteous feminist rock (Naik Madera), Guatemalan ska (Killer Tomato) and marimba/rock fusion with a Caqchiquel lyricist (AjBatz).

Luz’s enthusiasm is apparent when he rhapsodizes about the acts he’s seen, and the synergistic impact of both introducing visiting musicians and their fans to the Atitlán area and Atitlán natives to new music.

“When you sit there and watch these little Indian kids bopping to bluegrass, it’s, it’s, well, it’s pretty cool.”

His eyes shine with the memory. The font of Luz’s zeal is a desire to foster a sense of community.
“I’m a positivist,” he says. “People have a lot more power than they realize. It’s amazing what you can do when you’re motivated.”

The festival is a non-profit event. All of the proceeds go toward social projects in the Lake Atitlán area. Beneficiaries have included a hospital, literacy programs, sanitation and environmental causes. In 2010 Luz and his collaborators created a public awareness campaign focusing on the spread of cyanobacteria in Lake Atitlán.

Over 5,000 comic books aimed at illiterate adults were disseminated in the Atitlán area giving locals tips on how to protect themselves and the water.

A few years ago the money went toward hiring people to clean the garbage off the streets of Santiago Atitlán, an effort that eventually shamed city officials into creating their own sanitation program. Luz chuckles as he recalls this interlude.

“Money doesn’t have to be the only motivator for change. Actually, it’s a poor motivator. Everyone who plays at the festival plays for free. People have a whole other attitude when they do something just because it’s far out.”

Luz’s latest efforts have been to collectivize the festival. He says that he hopes that the community notices the buena onda the festival represents and will help. At this point the ingredients missing from the “magic cauldron” are upper-level organizers who can take the festival “to the next creative level, and more young folks, who can give us the energy and show us the direction that this needs to go.”
The magic is scheduled to take place in March 2014. 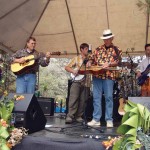 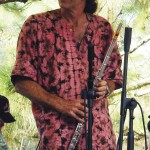 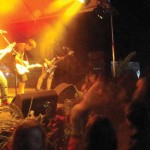 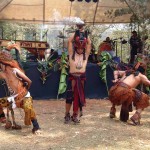