Release of the Macaws 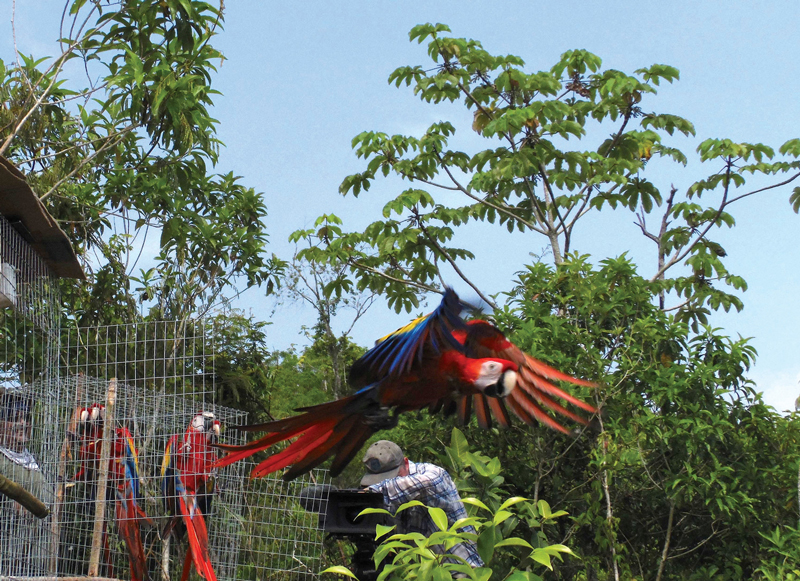 The offspring of rescued parrots, nine scarlet macaws were recently freed into the wild by
the Wildlife Rescue and Conservation Association (ARCAS), marking the first release of the
endangered birds in Guatemala.

The nine were freed Oct. 5 in the Sierra Lacandón National Park in the Maya Biosphere Reserve in northern Petén with the objective of reinforcing the macaw population there. Five of the macaws were fitted with satellite transmitters to monitor their movements and success in adapting to the wild.

Only 300-400 scarlet macaws (Ara macao cyanoptera) are estimated to survive in the wild in Guatemala, Mexico and Belize. They are victims of habitat loss, wildfires and illegal wildlife trade, where they are highly sought after for their brilliant plumage.

The released macaws, 5 to 10 years old, are graduates of ARCAS´ captive breeding program, initiated in 2004 utilizing birds confiscated in the illegal pet trade. They are the result of years of hard work in the different stages of the program, including determining the genetic origin of the founder animals, developing successful, captive-breeding methodologies and elaborating rehabilitation protocols. Laboratory exams were performed to confirm the health of the birds and prevent the spread of illnesses into wild populations.

In this program, the chicks are raised by their parents so they are less likely to become imprinted on humans and will have a better chance at surviving in the wild. They are fed wild food so that they know what to eat once they are released. 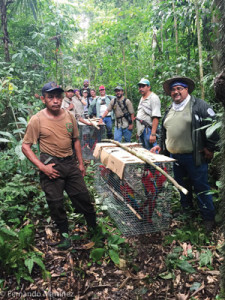 Carrying the macaws to the release site

Funds were raised for the necessary equipment for monitoring released birds, and an environmental education program was established to gain the support of communities in the release site.

Thanks very much to all the staff and volunteers of ARCAS, to Guatemala’s National Council of Protected Areas (CONAP) for its approval of this project, to Defensores de la Naturaleza, administrators of the Sierra Lacandón National Park, and to Natural World-BBC for joining the adventure and making it known to the world. Many thanks also to the Columbus and Cincinnatti Zoos and to Jakob Frost for their support over the years for the captive breeding program.

The release of these parrots can be measured in years of hard work, in hours without sleep, in days of research and in high costs; but its real value is giving this endangered species a chance to continue sharing with us the skies of Guatemala for many years to come.

It was a pleasure for all those involved to see the nine birds fly off into the forest, and ARCAS will be working hard to continue monitoring the animals to determine their success at adapting to life in the wild. 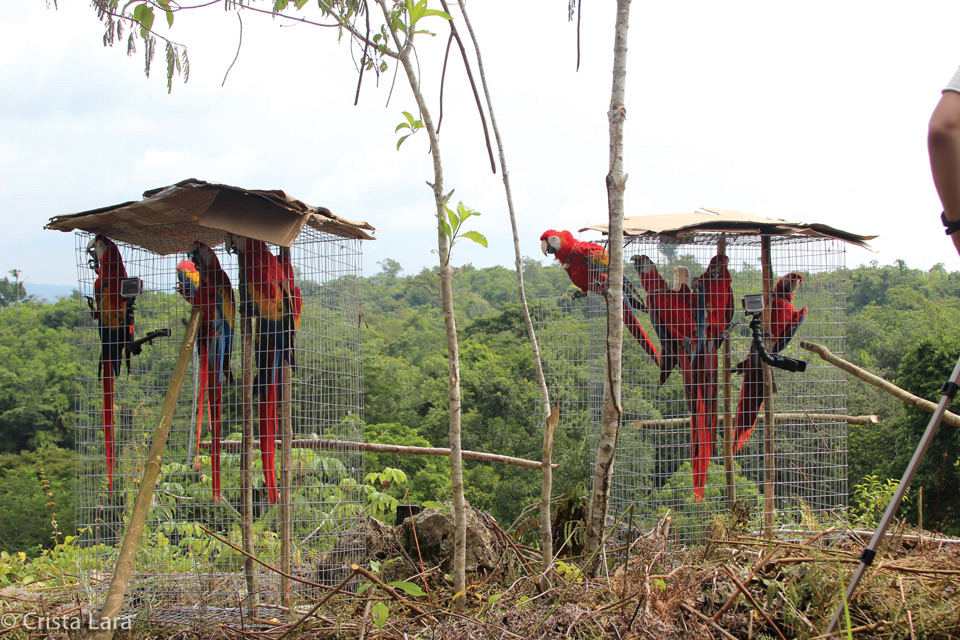 Macaws getting used to their new surroundings. photo by Crista Lara