Rabin Ajau: Daughter of the King It was a cool July afternoon and the cheepy cheepy (misting rain) was refreshing the land when we arrived in Cobán, the capital of Alta Verapaz Department. The last week in July is when Cobán celebrates its annual festival with parades, rodeos, expositions, fairs and one of the most wonderful cultural events in the entire Mayan world: the coronation of the “Rabin Ajau,” the Daughter of the King.

Nearly 80 beautiful Maya girls from all over the country, each dressed in the most spectacularly gorgeous traditional ceremonial costumes, compete for the title. First they had to be elected as local princesses by their communities during the year. It is a “beauty” contest but the focus is on spiritual beauty, oratory and cultural knowledge. Additional criteria include grace, charm, carriage, sincerity, intelligence and knowledge of history. The pageant was scheduled to begin at 7 p.m. in the large gymnasium at the INJUD Sports Complex. As the hour approached, the dignitaries and guests began to arrive, including the governor of Cobán and his entourage, cultural representatives from all over the country, families and friends of the girls, and a handful of tourists and other interested parties from Guatemala City.

After setting up my photographic equipment, I was milling about behind the gym when two buses brimming with vivacious Maya girls arrived. They were in high spirits and it was heartwarming to see young women from all over the nation getting along like old friends after only a few days together during preliminary activities. I clicked off a few shots as they emerged from the buses and followed them into the huge hall, by now full of expectant guests.

The place was abuzz: People were drinking excellent local coffee, chatting and eating chuchitos and cambray—corn packets, one savory with a tomato and meat filling, the other sweet and often flavored with anis.

Finally the master of ceremonies, a Maya gentleman dressed in suit and tie, took the stage and officially welcomed all present. This took some time as he individually welcomed all the dignitaries. Before I could hide, the spotlight was on me—someone had given him my name and I had to take a bow. Actually, I appreciated the honor and felt even more welcomed. The event felt like a big family party. ON WITH THE SHOW

Each girl’s presentation included saying prayers, which is usually accompanied with offerings of incense, flowers and other ceremonial objects. “To the Heart of Heaven and to the Heart of the Earth,” they chanted. They also had to introduce themselves, tell a little about their hometowns and offer greetings from their people to all those present.

All the while, six judges were taking notes as they prepared to select 10 finalists. Hour after hour went by as every girl gave it her best effort—it was a completely magical marathon event.

Early on I had made my personal selection: a stunning young lady from San Pedro la Laguna, Sololá by the name of Nancy Graciela González Cortez. She had a certain aristocratic and regal bearing that I found irresistible. Dressed in traditional blue upon blue, her costume was simple but elegant. The whole combination made her truly appear as I imagine a Maya princess would.

It was almost 1 a.m. before the judges made their decision and the emcee read off the names of the 10 finalists, accompanied by cheers from the crowd and squeals of joy from the girls. It was no surprise that Nancy made the short list. The others included princesses from the departments of Sololá, El Quiché, Quetzaltenango, Huehuetenango, Chimaltenango and Alta Verapaz.

After a brief intermission came a special surprise: A visiting dignitary representing the Apache Nation from New Mexico and the Indigenous Institute of the Americas performed one of their sacred dances.

Floating across the stage dressed in formal tribal regalia and crowned with a spectacular eagle-feather war bonnet, Gregory “Apache” Gómez came whirling and skipping; from time to time he would freeze, slowly looking around, to finally sound his sacred whistle. The enrapt audience solemnly followed his every move. With a final great war cry, Apache Gómez exited the stage as the people roared their approval.

Now each finalist was given one more opportunity to display her knowledge of sacred ceremonies and prayers. On top of this the contestants were asked a series of questions by the judges and had to talk about an issue, such as global warming, for which they were not prepared. Most of these girls were coming straight from their villages and farms. We can imagine that most of them were not used to staying up all night—even some of the dignitaries were dozing off and on.

Finally, around 3 a.m. the panel of judges entered into deliberation. And the deliberation was quite heated. On and on they discussed all the fine points and reasoned together in a tight huddle. During this time the crowd mingled and more coffee was distributed; the girls met with their adoring public, while some others took a snooze.

Finally, one of the judges delivered an envelope to the emcee and electricity filled the hall. He opened the envelope and read her name: Mirna Judith Chavajay y Cavajay from the little village of Santa Clara la Laguna in Sololá Department. The Sololá contingent—and everyone else—burst into applause and cheers. All the girls crowded around the winner, showering her with hugs and kisses.

A few moments later Mirna was at the front of the stage receiving the Sacred Silver Crown, adorned with jade and quetzal feathers, and the White Orchid Scepter. Upon receiving the symbols of her title, Mirna spoke these words: “I give thanks to Father God and to Mother God. I say good morning to all Guatemalans and to all my Maya people. I will defend everyone who is of Mayan ethnicity. Thank you all.”

She also received a variety of gifts, including money and a trip to the United States where she would meet with the Mayan Diaspora. The press moved in to interview her and all the girls crowded in to congratulate her. It was a joyous moment. And I must add that the judges did well in choosing Mirna Chavajay. She presented herself with great confidence, spoke eloquently, knew well the traditions of her people and would represent the Mayan culture in a way that would make all her people proud.

It had been a magical event. I felt glad that I could finally go back to my hotel and get some sleep but also sad to leave this magic realm. The atmosphere was now curiously somber as everyone filed out of the hall and into the mist and darkness of the night. 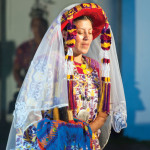 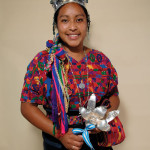 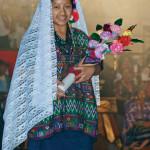 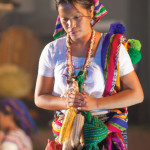 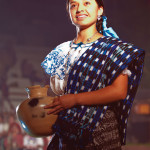 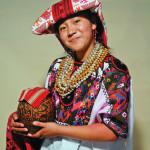 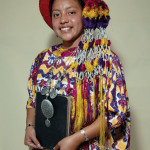 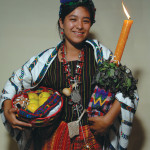 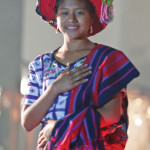 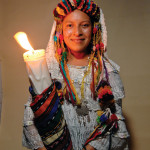 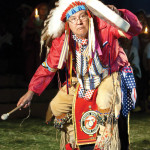 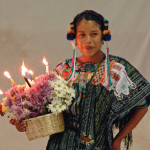 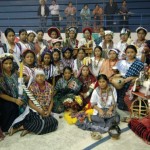