I spent my first year out of college teaching in Puerto Cortés, Honduras, and a typical conversation went like this:

LOCAL: Do you like living here?
ME: I love it!
LOCAL: Really? I don’t.
ME: Let’s change the subject!

After to moving to Quetzaltenango (commonly known as Xela, from the Mayan Xelajú), I was struck by another recurring conversation:

EX-PAT: How long do you think you’ll stay here?
ME: I don’t know.
EX-PAT: I was only supposed to stay for 10 days… that was in 1979.
My wife and I quickly found out why. Xela draws you in for all the right reasons. My former statement about Honduras wasn’t a total lie (what was I supposed to say?), but there’s something about this city that makes you want to stay a while.

Xela is the Goldilocks of Central America: Everything is just right. It’s big but not massive, cold but not freezing, set apart but not isolated.

Europeans come for Xela’s world-renowned language schools; indigenous women sell the freshest pineapples you could ask for; and ladino teenagers in skinny jeans frequent the clubs that dot downtown.

It’s also a good headquarters in the Highlands: Nearby are day hikes (Volcán de Santa María is a gorgeous, if grueling, climb); resorts and hostels (IRTRA and La Unión de Santa Anita provide two extremes); Mayan ruins; and zip-lining. So, there’s a good chance you’ll extend your layover a few extra days—if not months or years.

In the 19th century, Xela was battling with Guatemala City for national supremacy after losing its fight to be Central America’s independent “sixth state.” Xela is sort of Guatemala’s Texas; it rivaled the capital in size, scope and cultural importance—until an earthquake in 1902 leveled the place. Yet the damage was a mixed blessing, for Xela has largely escaped overpopulation, violent crime and urban sprawl.

Xela now prides itself as Guatemala’s cultural capital, and the attractive mix of Spanish colonial architecture with a Greco-Roman flair won’t let you forget it.

A walking tour of the city is interesting, but the cemetery deserves a special highlight. On Day of the Dead (Nov. 1) last year my uncle finally succumbed to a multi-year battle with Lou Gehrig’s disease, and I considered canceling a planned visit to the cemetery to watch locals fly kites. I’m glad I didn’t.

Walking between mausoleums—designed as mini-cathedrals, Egyptian pyramids and the White House (!)—amidst thousands of people who were also remembering their loved ones was both healing and unforgettable. Even if you’re not there on the 1st of November, make sure to block out an hour or two to appreciate the kaleidoscope of colored tombs that stretches for miles.

With so many sites and activities to choose from in and around Xela, you’ll enjoy losing yourself in one of the country’s best cities.

For Quetzaltenango and the Highlands travel information, package tours and more visit www.adrenalinatours.com or your local travel and tour operator. 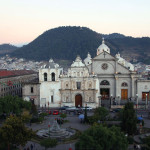 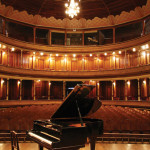 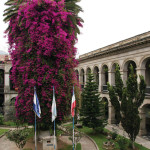 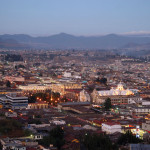 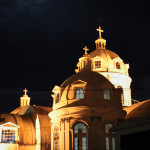 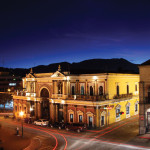 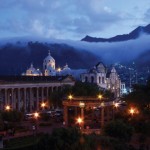