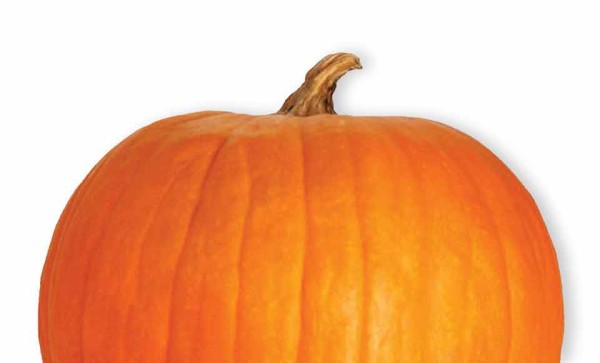 No frost on the pumpkin in Guatemala. No frost anywhere in this springtime-all-year land, except atop the highest mountain chains. Not many pumpkins, either, though the plant is native to Central America, and many are grown on the south coast and lowlands. Pumpkins are cooked and eaten here like other squash, as a vegetable, but rarely in pies or sweets. The seeds, pepitas, have been a popular snack of the Maya some 7,000 years, popular too for little boys to spit at each other after school.

We’re not looking for pumpkin as squash, but rather for the color. It’s around the Highlands, found in some floral shades, on some weavings and on eye-catching signs. Seek it out. Pumpkin paints aren’t orange, or peach, or apricot, or even papaya or carrot or melon. Pumpkin is, well, pumpkin, on the façades of some churches, stores and walls.

Pumpkin is among the paint colors approved by the council that guards La Antigua Guatemala’s colonial heritage.
This Consejo allows a dozen colors to be used as exterior paint. Three of these they call amarillo, yellow, traditional colors of three area landmarks. All are sort of melon shades, sort of pumpkin, easy to recognize once you’ve seen the landmarks. There’s Amarillo La Merced, the façade of the marvelously baroque church on the north side of Antigua; Amarillo Jocotenango, another glorious baroque display on the church of that neighboring town; and Amarillo Pensativo, though our Pensativo River’s not usually pumpkin-colored, except maybe in flood conditions.

So which paint is pumpkin? It depends when a wall was painted. You could hide a jack-o-lantern against any of the freshly painted amarillos and not see the pumpkin, at least until the strong Guatemalan sun softened and mellowed the paint tone. Three homes across from ours were bright pumpkin-colored less than a year ago. Now they’re sort of a melon, toned down after a few weeks of sunshine. Pumpkin color on some weavings stays bright on blouses and bedspreads, however, thanks to synthetic dyes brought from Europe in the 19th century to delight local weavers.

The Stations of the Cross running south from San Francisco church in Antigua were painted pumpkin years ago, now weathered down to a buttery yellow. At the end is El Calvario, repainted once or twice a year in a true pumpkin shade. Enjoy the color there, framed in greenery and the blue sky, ready
for you to paint this pumpkin shade in Guatemala.