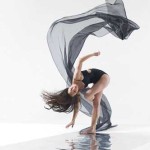 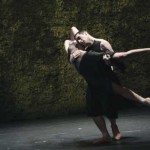 The International Dance Festival Antigua Guatemala is a feast of dance works in a performance shining with energy and inspiration. The festival’s program was created to delight, excite, captivate and entertain an international audience.

Performances of Danceforms’ The 51st International Choreographers’ Showcase will take place at Body Arts in Guatemala City on June 3 and 4 at 7:30 p.m. and at Centro Cultural César Brañas in La Antigua Guatemala on June 6 at 7:30 p.m.

Loni Landon is a real New York City kid. She received her training from the High School of Performing Arts, Dance Theater of Harlem, The School at Jacob’s Pillow, The Scholarship Program at Hubbard Street Dance Chicago, and Ballet Divertimento under Les Ballet Jazz de Montreal. Upon receiving her bachelor’s in fine arts from The Juilliard School, she was thrilled to be selected to work with Aszure Barton on the opening of Baryshnikov Arts Center before moving to Munich, Germany. In Munich, Loni joined the Ballet Theater Munich under the direction of Phillip Taylor. Loni got the opportunity to choreograph for Tanz Theater München and was a finalist in The Hannover International Choreography competition in 2009. Loni was selected to show her work for HT Chen’s new Choreographer’s Showcase in New York last month and continues to work as a freelance dancer and choreographer.

Li Chiao-Ping, named by Dance Magazine as one of 25 dance artists to watch, will present her duet “Residues” with Jennifer Stone and Megan Thompson. Chiao-Ping received numerous awards, grants and honors, including grants from the NEA and fellowships from the Wisconsin Arts Board and Scripps/ADF Humphrey-Weidman-Limon. She received the Romnes Award, the Creative Arts Award from the Arts Institute, the Emily Mead Baldwin-Bascom Professorship in the Creative Arts, the Wisconsin Dance Council Award in Choreography and Performance, and recently the Vilas Associate Award.

Dance artists from Guatemala, including Antigua Ballet Company and Antonio Luissi & Contempo Dance, are delighted to be part of this project. Susana B. Williams, director of Dance-Forms Productions, will premiere her solo “Glitter Ball” utilizing music by FC Kahuna. This solo will be part of the program to be presented at the Edinburgh Festival Fringe in Scotland.

This event is sponsored in part by the Office of Cultural Affairs of the United States Embassy in Guatemala and sponsors from Guatemala and the USA.