Nearly 500 volunteers, members of host families, Peace Corps staff and special guests gathered at the ambassador’s residence in Guatemala City on Friday, March 25, for the occasion, which included the swearing in of many new volunteers.

“I’m excited, I’m ready to get started,” said newly sworn volunteer Michael Lohmuller, 23, a recent Boston College graduate from Iowa. “Training was a good learning experience, but I’m ready to get out there.”

In addition to Ambassador McFarland and the Guatemala Peace Corps leadership, special guests included Peace Corps Chief of Staff Stacy Rhodes, who told the audience: “You represent the best of our country.”

Volunteer Samra Brouk, 24, who just finished two years of service in Totonicapán, helped open the celebration by singing “The Star-Spangled Banner” and received a lengthy ovation for her stunning performance. A native of Rochester, N.Y., she later summarized her Peace Corps’ experience succinctly: “challenging, surprising, satisfying.”

In neighboring El Salvador, volunteers were treated to a ceremony that featured President Barack Obama, who was on the final leg of his three-nation, Latin America visit. The president and Peace Corps Director Aaron S. Williams met with a group of volunteers at the U.S. ambassador’s residence in San Salvador on March 23.

Established by President John F. Kennedy on March 1, 1961, the Peace Corps is commemorating 50 years of promoting peace and friendship around the world throughout 2011.

Historically, more than 200,000 Americans have served with the Peace Corps to promote a better understanding between Americans and the people of 139 host countries. Today, 8,655 volunteers are working with local communities in 77 host countries.

The Peace Corps dispatched its first volunteers to Guatemala in 1963. Since then, some 4,800 volunteers have served here, including the current contingent of over 200. About 150 volunteers serve in El Salvador. 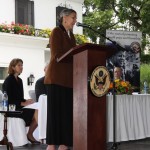 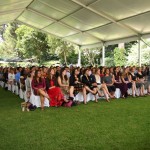 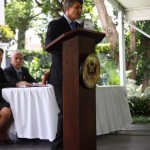 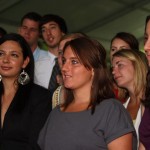 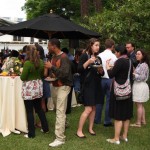 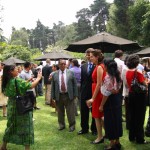 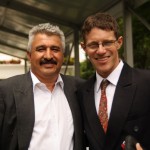