Night of the Fire Balls 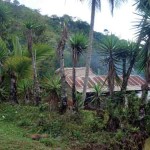 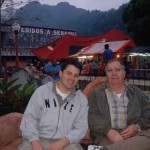 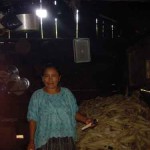 Pretty wild stuff it was that December night of fireballs at the festival of the Patron Saint San Antonio, Senahú. The game is kind of like “dodge ball” except the balls are on fire, like a couple of street gangs facing off, throwing fire balls at each other.

Rags are pressed tightly into grapefruit-size balls, wrapped in chicken wire and then soaked in gasoline. The players wear wet gloves so they won’t burn their hands. Two teams of about 10 young men throw the fireballs, trying to strike a member of the opposing team. When hit, the excess gasoline sloughs off on the shirt, pants or face and continues to burn. Somehow no one gets seriously burned. The fire is quickly patted out and the game continues. I didn’t see anyone keeping score, nor did I learn what the object was except wild fun. I did see fire balls strike cars, buildings, tents but nothing caught fire much to my surprise. All three of us in our party were hit, but I am happy to report all flames were quickly patted down and out. Apparently some of the fireballs are directed at spectators so as to make things livelier. The fireball game came from San Pedro Carchá early in the 20th century and still takes place in both cities once a year.

Dave, my son-in-law and I were invited by his school friend to come to the fair at Senahu and see the fireball game. He said it would be exciting and it certainly was. Our host, Winston Scott is a PhD candidate in Anthropology at SUNY, Albany, New York. He has lived a few years with the Maya of Alta Verapaz and has become fluent in three languages: Q’eqchi’, Kaqchikel, K’iche’ and of course Spanish. A bright young man he is well respected by all Senahú. It was real fun to watch our host speak the native languages, it just blows the minds of the locals to have some gringo speak so easily and fluently with them.

I am very convinced this gives him a decided edge on friendship and personal safety.

Senahú is located about three hours by dirt road from Cobán. The ride, at some times rough, is through the beautiful Polochic valley. In the dry season we did not need a four-wheel drive, just a high clearance vehicle. To get to Senahú, head toward Cobán, exiting about 30 km south of Cobán at the Texaco station, and then pass thru picturesque villages and towns of San Miguel Tucurú, La Tinta, Telemán. At Telemán turn up the mountain to Senahú. The city of about 5,000 is nestled in a little valley, a bowl of green, a former center of the coffee industry in Alta Verapaz. Prices are reasonable, that’s for sure. We paid $10 per room at the El Recreo hotel, which offers clean rooms, hot water and a restaurant. An option in roughly the same price range is La Casa de Don Fidel. Food is good. Prices are great. One can eat like a lesser king for $5.

After the parade of the patron saint, the action starts. First the fireworks, aerial bombs, star bursts and so forth. Then the rockets come. Only this time the rockets are not aimed skyward but aimed horizontally at the spectators on the Cathedral steps! I guess fire ball action is not enough. One needs to learn how to dodge a rocket, fast! They were blasting away at the crowd, but we saw no one hurt even though several definitely hit their targets.

The next day Winston took us to visit friends in the caserio Seokok, about an hour out of Senahú. A caserío is about as small as you can get in the hierarchy: ciudad, pueblo, aldea, caserio. Seokok amounted to four or five homes along the roadside. No one has electricity. The family we met live in a typical Mayan home, dirt floor, bamboo and wood walls, grass roof, wood-burning stove—and a television set run by a small gas generator. There is no reception but no matter—for a fee, the people of the casero use it to watch DVD videos and movies.

We were offered coffee made of roasted cornmeal, which tasted pretty much like coffee. The family has two very attractive daughters and Winston seems to be somewhat of a brother to them. I recall he offered to buy one daughter a new huipil for Christmas, a very beautiful one from the capital. She said she would prefer a cell phone. So a cell phone she got. A recently installed communication tower has upped the prestige and practicality of a cell phone, making it far more important than a new blouse. I re-learned from this brief visit that humble people are generally very good people. This is a very good family! The kids are being well educated in the big cities and will have a different life than their parents, we hope a better life.

Returning from Senahú to the capital Guatemala we went down the Polochic Valley to El Estor, Río Dulce and back. El Estor is a lakeside town and has a fair share of charm. Río Dulce is like paradise on earth. But those are other stories for another time.