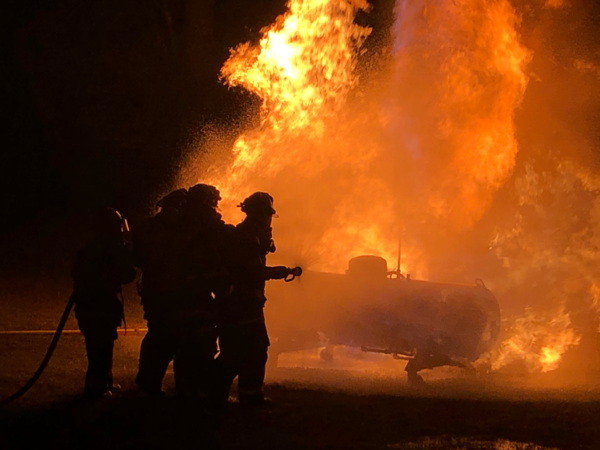 At the end of 2017, a group of dissident and rebellious personnel hijacked all the vehicles and equipment of the station, using them for their own benefit and significantly deteriorating a large number of vehicles, equipment and supplies. 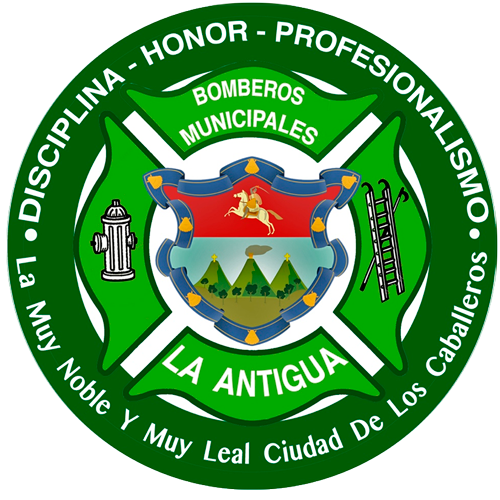 Start of a Singular Rotary Public

Benefit Project
Faced with this situation, Mayor Susana Asencio, requested the collaboration of Architect Humberto del Busto, to support Fire Officers Nur Arevalo and Ángel Díaz, founders of the Fire Department, to recover a heritage that gradually ceased to provide public service. The negotiations continued for 21 months, following the legal procedures to evict the invaders. On August 20, 2019, by order of a competent judge, they were evicted, and control of the station was again taken, which was found in a disastrous state. The Mayor and Architect Humberto del Busto has been a member of the Rotary Club Guatemala Sur for more than 30 years and also has 40 years participating in firefighter activities ad-honorem, being in turn, Commander of the Voluntary Fire Department of Guatemala and Commander First Chief of the Municipal Fire Department of Guatemala City. Given the uniqueness of the situation, Arch. Del Busto acted primarily in his own name, until the legal problems were resolved and the fire service resumed again, he presented his project to the Board of Directors of the Rotary Club Guatemala South, which agreed to recognize and support it as a Rotary Club project. 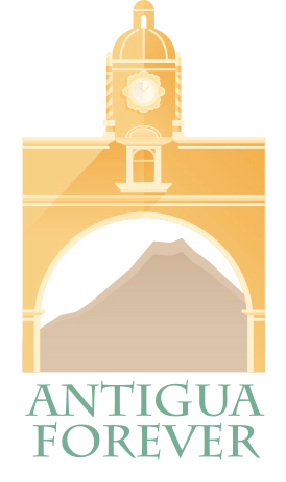 HONORING THE PAST PROTECTING THE FUTURE ANTIGUA FOREVER

SERVICES THAT PROVIDES TO THE POPULATION OF ANTIGUA AND ITS SURROUNDINGS.

– Training for the population, educational institutions and private initiative in fire prevention, accidents and first aid.

– Prevention in events and public activities, when there is an agglomeration of people and there is a risk that requires our presence.

– All services are provided free of charge and have no cost for the population attended.

The following equipment and assets that are owned by the Association of Municipal Firefighters of La Antigua, were acquired through the efforts of the ad-honorem Directors, mainly with the Fire Corps of Sister Cities of La Antigua:

At present, there are 43 active firefighters at the station, of which only 6 are employees and the rest provide their services voluntarily without receiving remuneration.

HONORING THE PAST, PROTECTING THE FUTURE

Our Mission Is To Protect:

– An area of approximately 2 square Kms corresponding to the protection area where they are concentrated:

– 140,000 HOUSES AND BUILDINGS approximately, including the 23 surrounding villages.

– PRINCIPAL REGIONAL ECONOMIC CENTER, whose income comes mainly from tourism and commerce, which in the event of a disaster would collapse the economy affecting the living standards of its inhabitants.

– 30 HERITAGE AND PUBLIC USE HERITAGE BUILDINGS.

– 15 MUSEUMS of Painting, Sculpture and Paper.

Currently, the Association is financially supporting its operating body through collections in piggy bank on weekends, a small percentage from private initiative donations. To date, there is no contribution, support or budget from the Municipality of La Antigua, the Congress of the Republic or the Central Government, despite having repeatedly requested help from these entities. We are currently in talks with the new municipal administration to establish a reasonable allocation.

The little that is collected is scarcely enough to cover fuels and lubricants, minimum wages of 6 salaried firefighters.

On average, an annual budget of Q540,000.00 is required to operate in minimum relieved ranges, not including the purchase of rolling units and new equipment. The staff currently does not have social security coverage (IGSS), posthumous help, life insurance or risk bonus.

The station is kept up-to-date, and if it were not for the great efforts that the firefighters themselves make to repair the units themselves, collect and separately make their voluntary turn, the station would have already closed its doors.

HOW TO DONATE
Please go to cbmantigua.com where you will find several packages that describe the equipment we request as a donation.