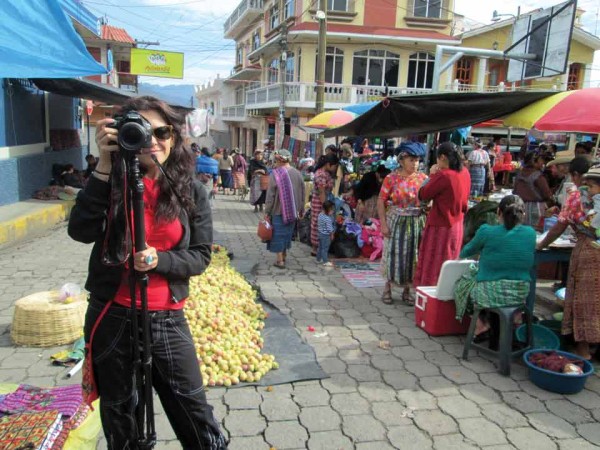 Filmmaker Lisa Russell on location for ¡PODER! in the the central market of Concepción Chiquirichapa. (Lorena Gómez-Barris, Agali Staff)

When Adolescent Girls’ Advocacy and Leadership Initiative (AGALI) founder Denise Dunning envisioned producing a film about girls’ leadership and advocacy, she wanted one clear message to shine through: Girls don’t have to be victims. “Girls, even those facing tremendous obstacles, can become powerful agents for change,” said Dunning. Emmy Award-winning director Lisa Russell accentuated that message by flipping the standard girls-as-victims documentary film perspective 180 degrees in “¡Poder!” a short and inspiring film previewing in Guatemala and the U.S. in early October.

There are no victims in “¡Poder!” The story follows Elba and Emelin, two adolescent girls who successfully campaigned for girl-friendly health and education programs in their community of Concepción Chiquirichapa, outside of Quetzaltenango. Based on Elba and Emelin’s true story, the film’s combination of advocacy and artistry ultimately shows the two girls, who play themselves in the film, in a more accurate light than the old-school documentary focus on tears and pity. This film is not about victims; it is a film about victory.

“Investing in girls’ leadership will not only transform girls’ lives, but also their communities, countries, and the world.”

AGALI’s leadership and advocacy program, which ultimately led to the girls’ success, sets the stage for such victories. AGALI offers advocacy training for leaders in Central America and Africa who are already working successfully with adolescent girls and are now ready to take their work to the next level. While working at the Association of Research, Development and Education (IDEI), Juany García Peréz attended Guatemala’s first AGALI workshop in 2009 with the goal of improving conditions for girls in the indigenous Mam communities of Concepción Chiquirichapa and San Miguel Sigüilá, where girls had little access to education or healthcare, and only 14 percent of girls completed primary school.

With the tools she learned in AGALI, García decided she didn’t want to advocate on behalf of girls while they passively waited for change; she wanted them to learn how to actively lead and advocate for themselves. AGALI’s intensive program gave García the additional tools, knowledge, skills, and funding she needed to empower girls in her community to become advocates.

García returned to Concepción with both training and financial support from AGALI, and began a yearlong capacity-building program for 9-to 15-year old indigenous girls.

Although many of the girls had little formal education, they eagerly learned skills and launched strategies to create community change, through public speaking, media outreach, engaging community leaders, and grassroots organizing.

Their results of were nothing short of remarkable. Elba, Emelin, and the other girls in the IDEI program applied their new skills to advocate for improved education and health care for girls. They organized community events and forums with local officials, mobilized townspeople at public forums, created active commissions that held public talks on domestic violence and girls’ health, offered peer counseling, and delivered radio programs in Mam and Spanish about sexuality and teen pregnancy prevention.

The mayor of Concepción eventually approved and signed policies developed by the girl advocates and IDEI, and allocated 0.5 percent of the total municipal budget to open a Municipal Office of Childhood and Adolescence. Two of the girls supported by AGALI were later appointed to the Municipal Commission of Children and Youth, becoming the first girls in Guatemala to sit on a town board of directors. “These girls really have become amazing community leaders,” said Dunning.

The girls’ success illustrates AGALI’s core mission: empowering adolescent girls to be their own advocates. “Our whole model is finding the leaders in-country who are doing really great work and then helping them to take their impact to the next level by expanding their scale,” said Dunning. “We’ve seen organizations go from having an educational program for 50 girls to advocating for laws that improve education for millions of girls.”

By partnering with in-country experts instead of trying to do it all themselves, AGALI’s small staff of four women has been able to achieve extraordinary results in Malawi, Liberia, Ethiopia, Honduras, and Guatemala. For example, AGALI partners have virtually ended child marriages in one region of Malawi, successfully advocated for a national children’s law in Liberia, and created and pushed through a national policy in Guatemala requiring special attention for adolescent girl survivors of abuse.

With “¡Poder!,” Dunning hopes that global audiences will grasp the power of girl-led advocacy and the need to invest in it. “Investing in girls’ leadership will not only transform girls’ lives, but also their communities, countries, and the world,” she said.

“I hope the audience will find this a fun film and be inspired by it, and then let that inspiration drive them to learn more,” Russell added. “Entertainment is powerful. When it can be socially responsible and educational, it can be magic.”

“¡Poder!” will preview in venues in Guatemala, San Francisco, CA, and other locations in early October in honor of the International Day of the Girl on Oct. 11. It will appear at international film festivals in the “Short Narrative” Category before its global premier on International Women’s Day, March 8, 2014. More information about AGALI and “¡Poder!” is available at www.agaliprogram.org, www.letgirlslead.org, www.facebook.com/AGALIprogram, and www.facebook.com/letgirlslead. 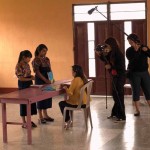 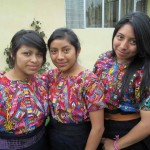 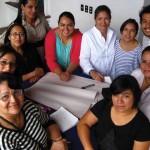