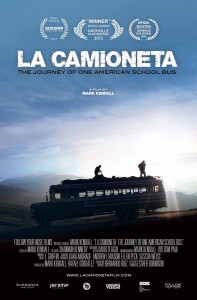 Guatemala is no stranger to the iconic symbol of North American transport—big, yellow school buses crowd the streets of tiny pueblos and carry thousands of Guatemalans up and down the country every day. But how do these buses go from the United States down to Guatemala and become transformed into camionetas?

Mark Kendall’s debut documentary, La Camioneta, sets out to discover—following one decommissioned school bus from an auction lot in Pennsylvania, across the Mexican border and into a junkyard where it’s prepared to enter the transportation infrastructure of Guatemala.

The young U.S. filmmaker came across the idea for the documentary while riding a camioneta during his first trip to Guatemala almost four years ago.

“I struck up a conversation with one of the drivers, and my curiosity was piqued when he told me the camioneta we were on came from a school district in Tennessee, just 20 miles from where I was living at the time. I found myself thinking about the old school bus I used to ride to basketball games in high school,” Kendall said.
“Where was it now? And who was it caring for?”

Traveling over 3,000 miles, through three countries and across two borders, La Camioneta is a film about migration, connectedness and exchange between the Americas. The story centers on a former school bus stripped of its uniform yellow paint, redesigned and ready to begin its new life in Guatemala.

When Kendall began, he did not know where in Guatemala the bus might end up, who might be its new owner, or what route—if any— it might end up joining. Kendall never set out to make a film about violence, but the story quickly changed when the bus he’d been following was enlisted in Rutas Quetzal, one of Guatemala’s most dangerous routes. Since 2006, nearly 1,000 camioneta drivers and fare collectors have been killed in Guatemala for failing to pay the extortion money demanded by local gangs and the profession has arguably become the nation’s most dangerous.

However, La Camioneta manages to move well beyond the blood-soaked headlines and provides a beautiful, intimate portrait of a transnational transportation community. To do this, the film follows one decommissioned American school bus through a collection of moments that unfold during its transformative journey and introduces us to a number of sympathetic characters and events in a very intimate way. Nothing is oversimplified for the sake of narrative convenience, and the film suggests that not everything is as beautiful as the bright colors of the camionetas might suggest. Ultimately, the film becomes a deeply poetic meditation that quietly reminds us of the interconnected worlds in which we live.

Last March the film premiered at the SXSW Film Festival in Austin, TX, and has since screened at the Los Angeles Film Festival and AFI Latin American Film Festival, winning a number of awards along the way. In Decvember, the film screened in Guatemala City as part of the Festival ICARO, where it set a new record for festival attendance and was presented a second time as the closing night film in Quetzaltenango.

Last month, La Camioneta was recognized with the David L. Wolper Award from the International Documentary Association at an event at the Directors Guild of America in Los Angeles and this year La Camioneta will have its International Premiere in March as part of the Documentary Competition at the Festival Internacional de Cine en Guadalajara, one of Latin America’s most prestigious cinema events.

To find out more about La Camioneta visit: www.lacamionetafilm.com and Facebook: www.facebook.com/lacamioneta 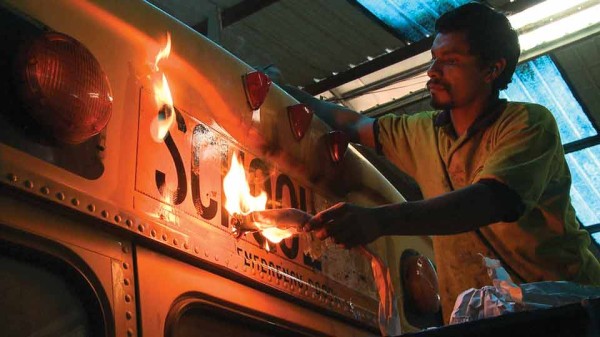