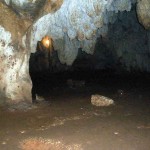 Caves of Actún Kan live up to its mysterious lore 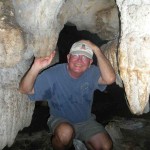 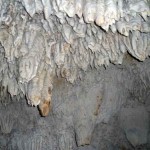 Beautiful stalactite formations can be seen throughout the caves

Caves of Actún Kan live up to its mysterious lore

Etched by nature and bathed in mystique, the winding network of caves known as Actún Kan in Petén truly earned its place in Mayan legend as the Cave of the Serpent’s Mouth.

Bats fluttered out of the gaping entrance as we traipsed in, flashlights ready. Though we witnessed no snakes, it’s easy to see why the Maya regarded caves to be sacred entrances to the underworld—the realm of serpents in several religions.

The twisting passages of Actún Kan rise and fall in a silent world of toothy stalactites and stalagmites, which toy with the imagination in this slippery, subterranean space.

Just a few kilometers from the Flores airport, the caves uncoil deep beneath the Cerro de la Serpiente (Serpent Hill) in the town of Santa Elena. Visitors can easily include Actún Kan on their itinerary to Tikal, Yaxhá and the other archaeological marvels of Petén.

A word of caution at Actún Kan: Watch your head! My baseball cap was no protection against the low ceilings that I always managed to hit, no matter how low I crouched as we happily fumbled from one chamber to the next.

Lighted softly by an electric bulb or two, each chamber holds unique surprises, many of which have been aptly nicknamed, such as La Pata del Elefante (The Elephant’s Foot) and La Cola de la Ballena (The Whale’s Tail).
In all 33 interesting formations have nicknames, but every limestone sculpture or dripping crystalline shape is a marvel, whether rising from the damp floor or descending from vaults reaching as high as 40 meters.

With my bruised and scratched head, I sometimes stayed behind to investigate roomier chambers while my friends bent and crouched through low, connecting tunnels into the farther reaches of Actún Kan.

Given the twists and turns, I was sure we were backtracking after a while. Thankfully, our entourage included two youngsters— ages 13 and 10. With an appetite for exploring, they pointed us in the right direction. (Thank you, Jeffrey and Sebastian!)

The self-guided tour takes about an hour, but you can easily spend more time exploring this mysterious baja landia. Bring a flashlight or rent one (or two) at the entrance.