There is a forgotten population in Guatemala: the equine population. The Foundation for Equine Welfare in Guatemala, known as ESAP, reports that the Guatemalan government has not included more than 250,000 equines in the country’s census since 2003. For six years, horses, mules and donkeys have been forgotten by the government, and ESAP says that neglect is reflected within rural communities, where horses provide an important economic role.

The same goes for donkeys and mules. He says the majority of owners simply do not consider the basic needs of equines. And that is not the full extent of the neglect, or abuse rather. Although at least 90 percent of the equine population is considered the main tool of transportation of goods and services in rural communities, General Director Danilo Rodríguez says equines are often mistreated.

“We see that most of the equine population—mules, horses, donkeys—have very poor health,” Rodríguez says. “They are underfed, they are often injured. They are overworked… . They have a lot of physical problems, and on top of that they have a lot of psychological problems because they are treated badly. If the horse doesn’t behave in a certain way, people will hit him.”

Rodríguez says villages rarely consider the veterinary needs of horses. It is customary, he says, for owners to simply leave a sick or injured horse to die.“They don’t value the importance of the equines as a main aspect of their everyday work,” Rodríguez said. “We teach the communities how to humanely treat their working equines.”

ESAP partners with several organizations – including the Brooke Institute based in the UK, Guatemala’s Minister of Agriculture and the Conrado de la Cruz Foundation – to spread the word that horses have rights. Currently, ESAP directly works with 10 communities in Petén and 20 in Chimaltenango. By March 2010 the organization expects to double the communities it serves in both departments.

ESAP offers a host of outreach activities to spread its message about the proper treatment of equines. The most critical service is training what the organization calls “community assessors of equine welfare.”

“It is a person in the community that has the basic knowledge to provide for the horses of his community,” Sapón said. “And for us, it is an avenue of communication with the communities. When a horse becomes ill and the community cannot attend to the horse, our community assessor can inform us of what’s going on and we can come to the community and support the community.”

The organization also offers vet services to the horse-carriage owners who cater to tourists in La Antigua Guatemala. Part of that program includes helping the owners track the medical records of their horses “so they can see that is really helping and they can show that to the tourists,” Rodríguez said.

Tourists aren’t the only ones seeing results from rural education in equine welfare.
“The foundation has a positive impact,” Sapón said. “The people are already taking more care to meet the basic needs of horses, like water, feed, that they have shade and that they have a way to express their natural behavior.”

Still, Sapón says there is much work to be done, such as getting horses back on the national census. With continued support, he says he is certain that ESAP will be responsible for big change in Guatemala.

“We are sure that what we do is necessary and will better the country,” Sapón said.

You can learn more about ESAP at its upcoming presentation in La Antigua Guatemala on September 5. It’s an invitation-only event, so contact the organization to attend: www.equinosano.org 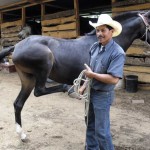 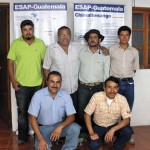 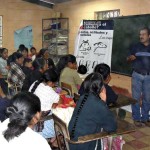 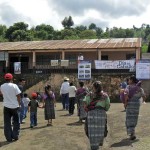