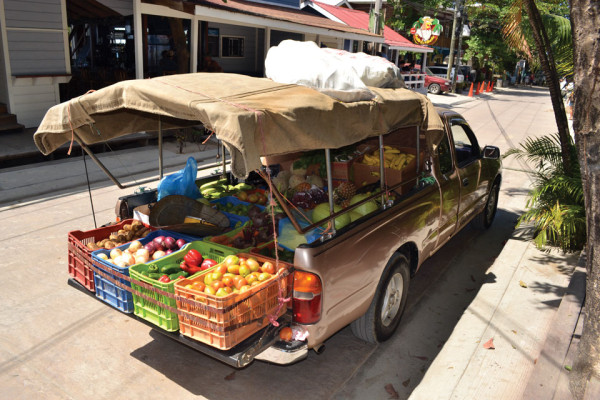 From corn to the most delicious refried beans in Central America, Honduran food is typically described as a regional variation of what is known around the world as Mexican food. This is due to the common cultural heritage of Mesoamerica during pre-Columbian times.

For flavorings, Honduran cooks rely heavily on spices such as cumin, curry, allspice, and achiote. Fresh herbs include coriander and oregano; and you can never go wrong with lime juice to give food a very rich flavor.

Honduran food contains meat in all traditional dishes. Beef is preferred, but chicken and pork are also very popular.

Honduran cooks consider corn as a basic ingredient. Nearly all traditional recipes contain corn or foods made from corn. The starting ingredient for all these is masa, dough is made by mixing water with dry corn flour. The most common and simplest example of food made from corn in Latin America is the humble corn tortilla.

Along with corn, kidney beans are one of the pillars of Honduran cuisine. Whole cooked kidney beans are mashed to form a lumpy broth, which is reduced through slow cooking until it has thickened to the consistency of oatmeal. Next, a generous amount of oil is added and heat is increased, cooking the bean paste until it is caramelized. The result is a very rich, flavorful accompaniment that can be spread over bread and tortillas (of course). It combines extremely well with cheese, sour cream and other dairy products.

Given that Honduras is tropical, it should be no surprise that plantains appear often in the national menu. A popular presentation is to cut a ripe and sweet plantain into slices and then shallow fry in hot oil. Frying makes the plantain sweeter and softens it. Plantains combine deliciously with cheese or refried beans, but I think they’re dynamite served with sour cream.

Next month Honduran cuisine from the coast and the Bay Islands—seafood, coconut and other exotic dishes.