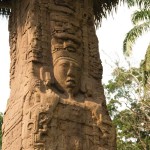 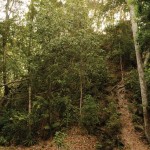 The Mayan ruins of Quiriguá in Izabal and El Zotz in Petén, as well as the historic architecture of Belize City, have been included on the World Monuments Fund (WMF) 2012 Watch, a list of cultural heritage sites around the world at risk of damage or destruction from a variety of threats.

With a mission of preserving the world’s architectural heritage of significant monuments, buildings and sites, the WMF listed 67 locations in 41 countries in its 2012 Watch. Three Central American locations were included:

Quiriguá
An archaeological site dating to the Mayan Classic period, Quiriguá is a complex of pyramids, terraces and stairways. The site is best known for its superb sculptures, including outstanding stelae. Quiriguá was added to the UNESCO World Heritage List in 1981.

Quiriguá’s long-term preservation is challenged by a number of factors, according to the WMF. Illegal timber extraction and deforestation from farming have greatly increased the risk of flooding, as more than 70% of the forest cover in the surrounding valley has been lost. While a management plan has been developed to help, implementation is constrained by limited resources and encroachment of surrounding private industry.

Deforestation and looting pose constant challenges, according to WMF. A pyramid is in danger of collapse from unstable trees, and the progressive erosion in a looter’s trench is damaging the stucco façades of structures. Many tourists visit El Zotz as part of tours to nearby Tikal.

Belize City
Established in the mid-17th century as a trading post for precious woods, Belize City has many colonial buildings that are quickly deteriorating, according to WMF. An inventory and protection strategies are greatly needed to ensure the preservation of these historically significant houses, the group said.