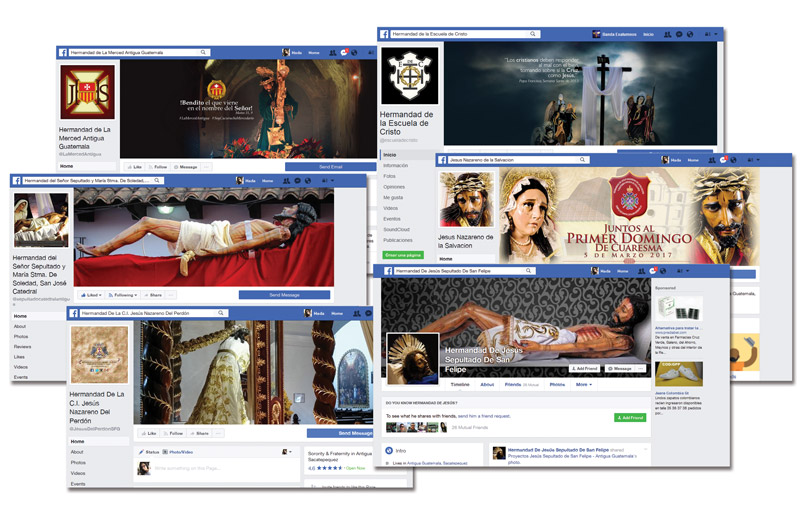 Facebook and other social media outlets help spread the word.

Lent is here with Ash Wednesday celebrated on March 1. All of the Lenten activities are designed and organized by hermandades. Traditionally, men and boys are in their grandfather’s hermandad and women and girls in their grandmothers’ hermandad. With processions in many of the surrounding areas and all of the active churches in La Antigua Guatemala, everyone has an opportunity to participate in these century-old organizations. 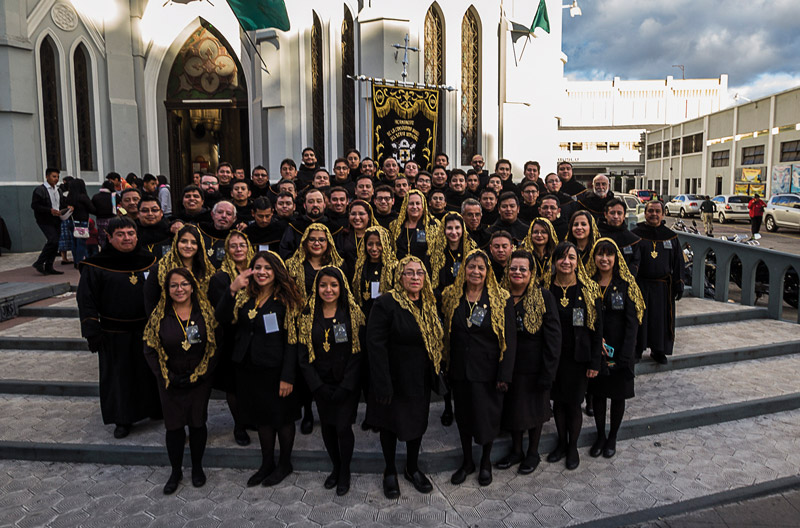 Hermandad of the Escuela de Cristo, photo by Francisco Muñoz

The faithful participate in long processions around the town while residents prepare lovely flower and sawdust carpets for the processions to walk over.

Each cofradía centers around a particular Christ figure or Virgin Mary. Guilds contributed to the cofradías and were very active in the colonial Lenten processions. Centuries later, when the capital’s residents delayed their move from Santiago de Guatemala (now La Antigua Guatemala) to the new capital (now Guatemala City), the cofradías were instrumental in the relocation, as the faithful followed the religious sculptures to the new valley. Processions halted in the abandoned city of La Antigua Guatemala but started again as early as 1808 with new groups.

With the governmental reforms of 1871, cofradías were dissolved. While it appears that the information of the decree did not reach many of the towns throughout Guatemala, it certainly went into effect in La Antigua and Guatemala City. Guatemalans are resilient to adapt, and with this, the hermandades emerged. La Antigua’s processions slowly grew in size over the centuries. 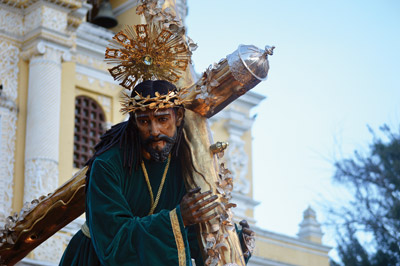 In the past two decades, the hermandades have competed tremendously to increase their numbers and get bigger than the next. With thousands of carriers in the processions of San Bartolo (April 2), San Francisco (Maundy Thursday, April 13), La Merced (Palm Sunday, April 9 / Good Friday, April 14), Catedral (Good Friday), Escuela de Cristo (Good Friday) and San Felipe (Good Friday), the competition seems to be on this month to sign up for these and all of the March processions from different churches.

Social media this year has played an ever-increasing role in getting the registration dates out. Facebook has become “THE” news source for the country.

This year, we have more than 60 activities during the 40-day Lenten season, which, by the way, does not include Sundays in the count. As always, watch out for pickpockets as you enjoy the largest celebration for Lent in the world.

Below are some links to stay informed and check on the times and itineraries for many of the processions.