Here’s to Bartenders Without Borders 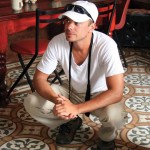 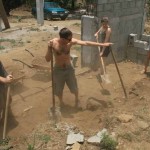 Bartenders Without Borders volunteers at school site in Ciudad Vieja 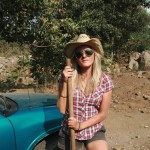 Scrambling into the back of a pickup truck, wielding a machete and setting off into the Guatemalan countryside to build stuff: Now that sounds like an excellent way of spending a Saturday in La Antigua Guatemala. Or, at least, the local bartending population certainly seemed to think so.

Trading shot glasses for shovels and cheeky behind-the-bar-banter for an even cheekier off-the-clock variety, Bartenders Without Borders assembled when word went out that there was work to be done.

An informal initiative set up by 27-year-old Stephen Kelly, Bartenders Without Borders was originally conceptualized in May 2010 as an emergency response to Tropical Storm Agatha, which devastated a number of villages with landslides and flooding.

After the need for immediate disaster relief had subsided, Kelly recognized that the bartenders, who had been so ready to help in the wake of the storm, represented a young, able and socially minded workforce that wasn’t fully being taken advantage of. Here was a body of people with time on their hands, ready and willing to volunteer in the name of positive contribution with a free beer waiting at the end of a hard day’s digging.

At the time, Kelly was working with As Green As It Gets, a non-profit organization that focuses on economic development and environmentally sustainable agriculture in Guatemala. It is an NGO that operates with only a very small core staff and doesn’t traditionally take on full-time volunteers.

So Kelly launched Bartenders Without Borders as an ingenious extension of As Green As It Gets. When the NGO required additional manpower for some of its ongoing construction projects, the bartenders were called to action via Facebook alerts.

Attendance varied according to the extent of the previous night’s festivities and people inevitably showed up a good 15 minutes to an hour late. But once mustered, this merry band presented a force to be reckoned with. Two projects were the focus of the past year’s activities: construction of a school, which will combine a more traditional education with training in progressive agricultural techniques, and a community greenhouse, both in Ciudad Vieja.

It was sweaty and rewarding work, with a lot of hacking at tree trunks with machetes and bumping around on dirt roads with the sun shining down on grinning faces and wind in the hair. No matter how many (or few) hours of sleep they had, nor at what time last call came, each one of the volunteering bartenders put his or her back into it.

By the time they rolled back into town, dust covered and bound for El Muro or Ocelot for a well-deserved free beer, they were aching but contented.

Bartenders Without Borders was a simple idea, effectively executed, representing everything that volunteering could and should be. A cocktail of fruity conversation, manual labor and a hefty squeeze of giving something back: bottoms up!