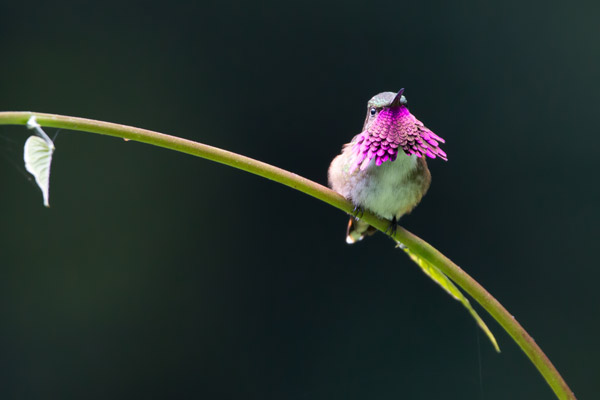 I traveled to Santiago Atitlán, a settlement at the feet of the imposing San Pedro and Tolimán volcanoes, and got in touch with the local guide and collaborator of Birding Expeditions Guatemala, Cruz Chikibal. He would help me look for two Highland bird species, the regional endemic wine-throated hummingbird and the endangered horned guan, survivor of an ancient lineage of cracids living in mountaintop cloud forests in Guatemala and southeast Mexico. We agreed to meet 5:30 the next morning to hike up a nearby volcano, Cerro Paquisis, where Cruz knew both species could be spotted.

In the morning, however, I was tired. Late at night there had been a magnitude 8.1 earthquake off the coast of Chiapas, Mexico, strong enough to wake me up in Santiago. Worried about possible aftershocks, I had difficulties falling back asleep. Cruz had a similar (bad) night, but looking forward to the hike and excited about the birds, we had a light breakfast and off we were.

To get to the trailhead we drove for a bit less than an hour on an unpaved road and walked across privately owned land through coffee and avocado plantations. Cerro Paquisis is small and accessible when compared to its giant neighbor San Pedro of 3,020 meters. With only 2,593 meters, it should be a relatively relaxed hike, or so I foolishly thought until a few meters into the steep path. I had forgotten how exhausting walking at altitude can be, especially if one hasn’t been acclimated. 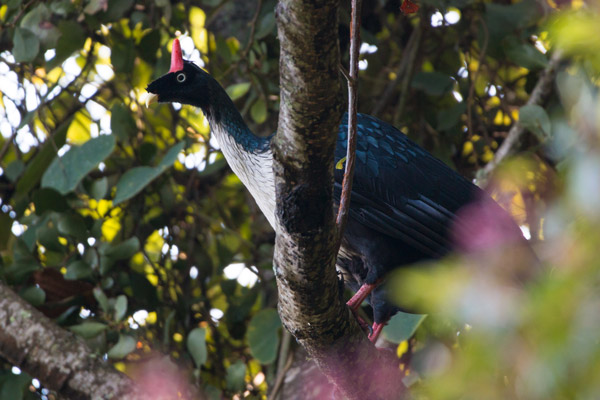 Restricted to high elevation cloud forests in Guatemala and Chiapas, the Horned Guan

The trail is well maintained, as it’s been used for hundreds of years as a trade route between the departments of Sololá and Suchitepéquez, and the old-growth forests at its peak provide the people of Santiago and San Pedro with firewood. The foothills of the volcano are covered with secondary forest, but the bird life there is rich nonetheless. Elegant euphonia, Mexican violetear, bushy-crested jay, cinnamon-bellied flowerpiercer and gray silky-flycatcher, among others, are all present and easy to spot. Warblers and brown-backed solitaires dominate the choir of sounds, and band-tailed pigeons abound. Also, with some luck one can come across the belted flycatcher, a rare endemic. We were there for the guan and the hummingbirds, so we continued.

Higher up, the forest becomes denser and we could hear a blue-throated motmot, and a mountain trogon in the distance. This started to resemble prime cloud forest habitat. Green-throated mountain gems were vocalizing all around us, and a garnet-throated hummingbird made an appearance. The latter prefers the shade, and only when it hovers under the beams of light shining through the forest canopy does one get to appreciate all its colors: pink, violet, black, green and rufous. 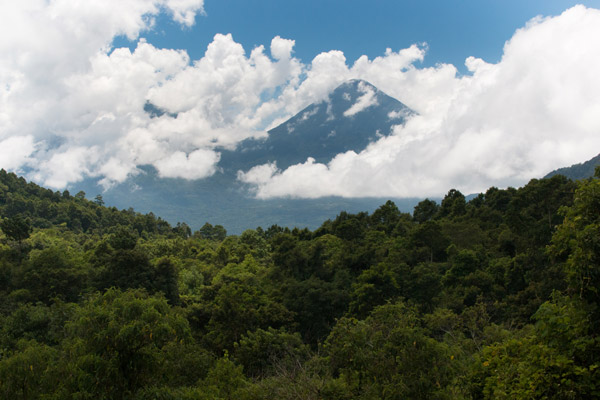 Approaching the summit, we entered an opening at the forest edge, where Cruz expected to find one of our target species, the elegant and tiny wine-throated hummingbird. They congregate and hang around these openings during the winter months, and spread out in the forest the rest of the year. As expected, there it was, we heard it almost immediately and saw one male perched on a branch moments later. It didn’t seem to mind our presence. Instead, it posed and allowed us to get a closer look, while delighting us with displays of its dazzling magenta gorget.

I caught a glimpse of what looked like a pair of black-throated jays, another regional endemic. We had entered a patch of primary cloud forest, a breathtaking sight of dense vegetation and towering trees covered in mosses and bromeliads. It’s precisely here, a habitat like this, at elevations up to 3,500 meters, that the horned guan finds refuge. It’s also where one would usually search for it. Luckily for us, we had already seen two individuals about halfway up on our ascent. We heard the wingbeats of a large bird, turned, and couldn’t believe our eyes: a horned guan, almost at eye level. We observed it very clearly, then it made a loud crackling sound and disappeared in the forest. 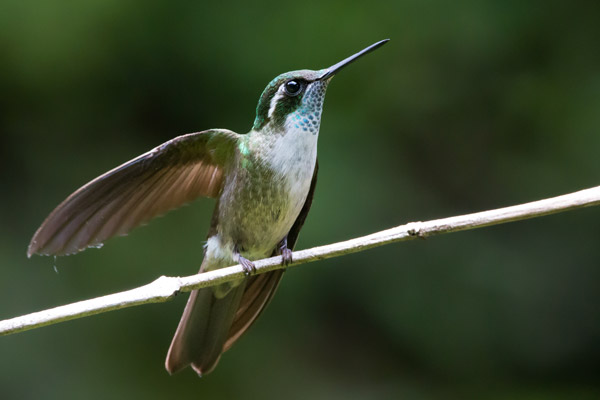 Exhilarated, we moved on while discussing the event, and before we knew it we encountered a second one. It flew away the moment it saw us. I was left with a smile and a racing heart, I had just seen one of Guatemala’s most elusive creatures. Fantastic bird!

The journey took close to five hours, three to the summit and two back. It was strenuous but slowly paced. We took it easy and stopped often to enjoy the scenery, breathe the fresh mountain air and appreciate the magnificent wildlife that call these Highlands home.