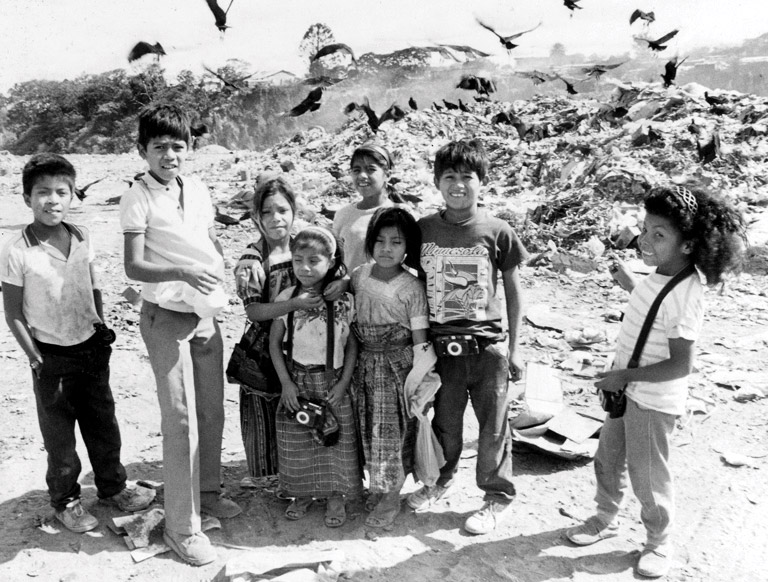 I covered the wars in Central America during the 1980s as a staff photojournalist for Reuters. I documented brutality and assassinations and there are images that will never leave me. When I slowed down enough to process all that I had seen I was not surprisingly—depressed.

It was during this period that I received an assignment to take photos for a magazine doing an article on Guatemala City’s garbage dump. I never imagined that I would start a project teaching kids photography that would be my vocation for 25 years. At that point in my life, working in the dump looked like up to me.

My first days in the dump kids swarmed all over me to see through my camera lens. When a friend who worked in the dump suffered a heart attack she asked if I could take over her class of six children ages 5 through 12. I had taught the news stringers throughout Central America and edited all their photos. 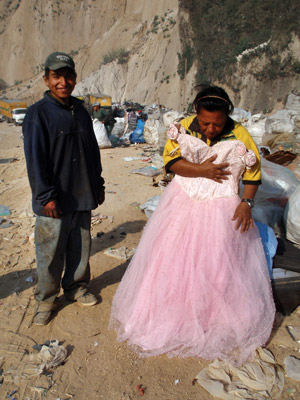 I was curious to see through the children’s eyes just what images they would come up with. After I saw the first photos I was very excited, these kids were really good! I couldn’t wait every week to get into the darkroom and develop their negatives.

I found that photography was an easy and perfect fit for children not only to document their lives visually but to learn to think and express themselves. It opened a new world to them, a world they could eventually see themselves living in.

It was also a perfect fit for me, as I looked outside of myself and found that action and working with a community helped banish those ugly war images and heal me.

When I sat down to write this article, you have to remember I have been doing this for 25 years so editing is a problem, I thought first of all the children’s accomplishments; their photographic work that has been shown in museums and galleries in 14 countries; the experiences we had traveling to those exhibitions; and the kids feted by and experiencing other cultures. Traveling as you can imagine was what opened up their worlds and encouraged them to expand their horizons.

And I loved traveling with them. Everything was fresh. They finished dressing for the day by placing their cameras around their necks like a cherished necklace and they were off to take pictures of: the soft drink machine, the hotel bathroom, the entire inventory of Harrods and snow. 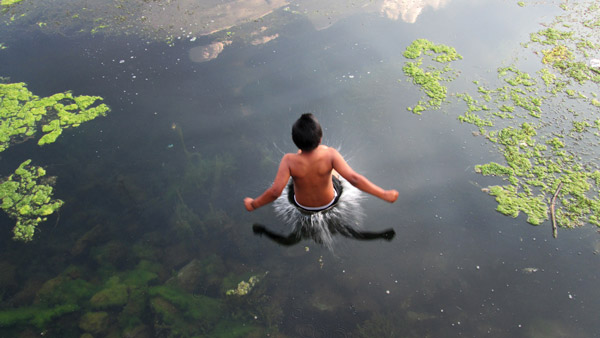 The idea of having children photograph environments seen through their eyes was at the time unique and therefore garnered a lot of attention. From the beginning the project took off and within three months, we had camera support from Konica Japan and had already appeared in the Washington Post.

In those first couple of years opportunities developed so quickly that I found myself always running behind and just letting go to see what would happen next. 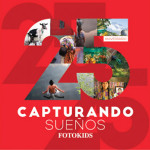 Visit our exhibit to celebrate our 25 years with new work from the last five years at the Centro Cultural de España en Guatemala (Cine Lux) in zone 1 Thursday, July 7, at 6 p.m. or come meet the artists on Saturday, July 9, 11 a.m. For more details click HERE and HERE.

As the project grew we appeared in the New York Times, Sunday Telegraph Magazine, NPR, Bravo and CNN. We published an award-winning children’s book in the U.S. of their photographs and writings. (I will say it was a little dark for a children’s book). Channel 4 in London came and filmed a two-part children’s art program about us. 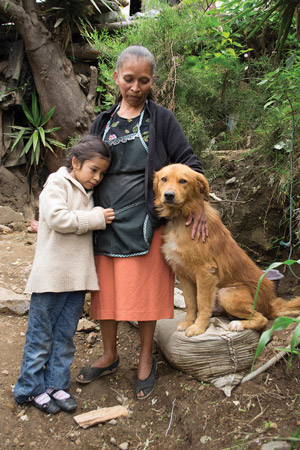 I took two of the little girls to London for an exhibit in the Photographers Gallery and the show aired while we were there. We did 17 radio and TV interviews on that trip.

The first program of its kind in 1991, Fotokids became a template and an idea that was later duplicated by other photographers in India, East Timor, Nepal, Colombia, etc. and continues to thrive as global learning tool.

We used photography in so many different ways to reach children and inspire their curiosity, creativity and motivation to learn. “We” refers to all the volunteers who have shared their professional expertise and mentored the children over the years. I say we also, because I started the 12 year olds teaching 9 year olds in one of our first programs that had children explore, interview, write short stories and videos on how the 36-year war here in Guatemala affected them and their communities.

With other programs Fotokids has used photography to reach out to kids in wheelchairs, kids born with HIV, to encourage children isolated in rural areas to talk about their lives and problems, for teaching environmental education and wildlife preservation and for giving a sense of identity and self confidence to migrant children of farmworkers in California’s central valley.

In an EU program we examined the Rights of the Child, exchanging cultural traditions with children from the Western Sahara, London and Granada that culminated in a BBC language program, and enabled seven children to travel to London and Granada. 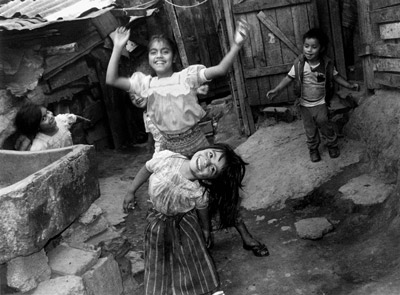 We moved out of the dump many years ago and started working in areas that were equally as poor but virtually ignored. As families upgraded their tin houses cement block by cement block and living conditions improved, the barrios were invaded by gangs. The almost daily occurrence of extortions and murders are a tragedy in Guatemala. That’s where we find ourselves working now.

Our philosophy is if you can get the kids involved young enough, you have a chance to steer some away from joining a gang. Our students move as a class though the Fotokids program with scholarships from primary school through the university in both our vocational program and traditional academic education.

Being with friends year after year in the Fotokids program creates a support system that gives adolescents that important group identity and a sense of security. 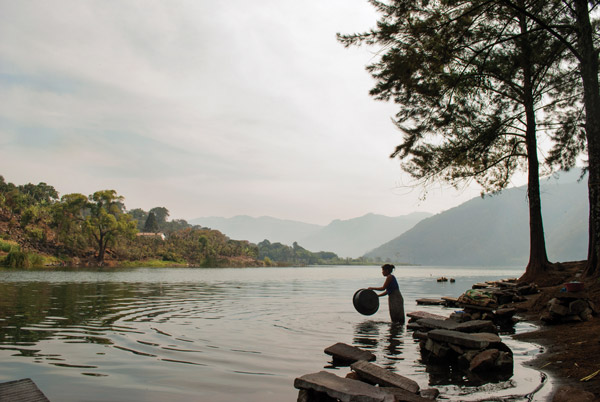 Fotokids has served over 1,000 at-risk young people in the last 25 years. We have programs with kids facing gang violence in Tierra Nueva, a three-year professional media diploma class for high school students in Guatemala City, and environmental education program in Honduras that we started in 2001, Santiago Atitlán where Fotokids has worked since 1997, and with the farmworker kids in California.

Graduates have gone on to the university studying business administration, systems engineering, law, social work, architecture, communications and design. The young people have worked with George Lucas’ “Attack of the Clones” in Seville, studied script writing here and in Spain, worked as cub photographers in New Jersey and with Hispanic TV crews, won international photography awards, and given workshops to their peers in myriad countries.

But what makes me most proud is that that our staff is all Fotokids graduates. They teach in the same or similar barrios they come from and it is the giving back that motivates them. It is a pyramid scheme of compassion. 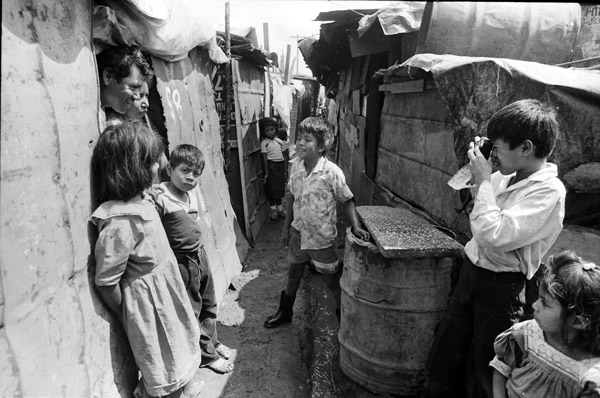 Photo of a budding photographer by Nancy McGirr

You can see more on our website fotokidsoriginal.org or on our FB page FOTOKIDS and get
the real dirt on the blog, www.fotokidsinsider.worldpress.com

1991: Nancy ends up in the dump, begins Fotokids

1993-95: Kids attend and give talks at exhibits in London, Houston Foto Fest and Alabama
Fotokids is on BBC, LWT, German, South African, Austrian TV and Sabado Gigante!
Fotokids has its first exhibit in Guatemala the night of the Serrano Elias coup d’etat 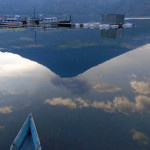 1996-2000: Fotokids’ book “Out of the Dump” is published in New York
Fotokids is a finalist twice in Mother Jones Doc Photo awards!
Soros grant gets Fotokids started on 6-year program of kids affected by 36 years of war in Guatemala
11 kids get to go to Spain, Amsterdam, Medellin and London for exhibits there
Two girls go to Spain to study script writing in Seville
Nancy goes to the desert in Tinduf in Algiers to work with Polisario refugee kids

2000-04: Fotokids has exhibits in NYC, San Francisco, London, Georgia, Adelaide and Sol del Rio in Guatemala and kids get to attend
Fotokid Evelyn Mansilla invited to address environmental congress in Australia
Internships — two boys go to London for graphic design, one to Bergen County Record in New Jersey as a photojournalist
Fotokids begins its 15-year project to protect the Cangrejal Cuenca with its GUARUMA environmental education photo project 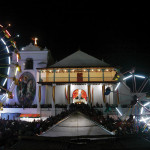 2008-15: Three girls from Santiago Atitlán are invited to present to the Dalai Lama in Seattle
Fotokids is part of an exhibition of Latin American photographers, Laberintos de Miradas, that tours Venezuela, Panama, Mexico, Peru, Brazil, Spain
Fotokids begins its project in California with farmworker kids
Fotokids has its 20th anniversary exhibit with Arte Centro Paiz and on to the Centro Hispanica in Antigua
Exhibits in LA and a seven-city exhibition tour in Spain
Nancy receives the Lucie Humanitarian Award
NYT Lensblog features Fotokids photos