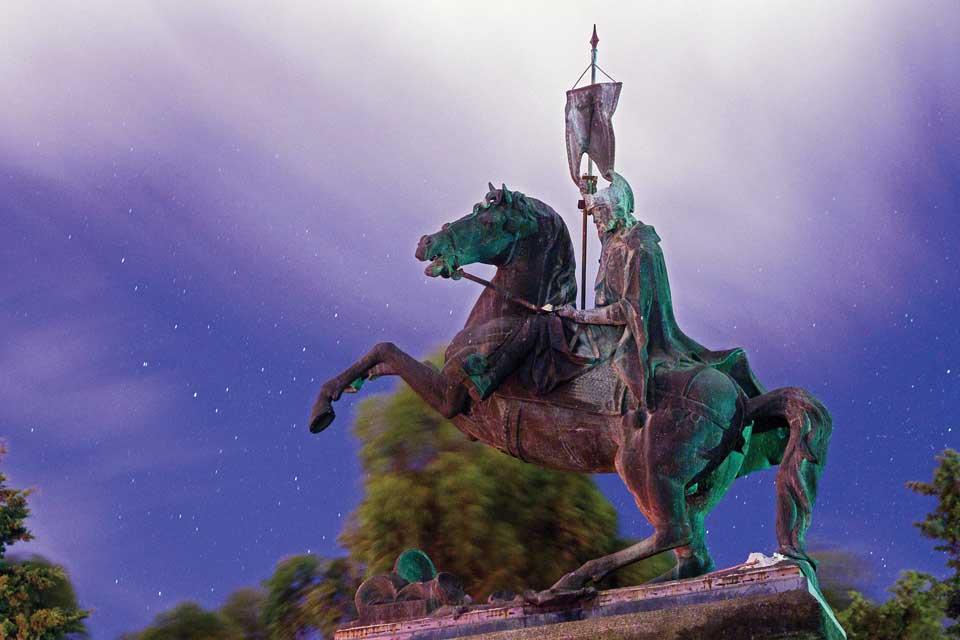 La Antigua maintains its holiday in honor of St. James on July 25th, and the celebration begins now!

It’s fiesta time again in La Antigua Guatemala! July 25th is our patron saint’s day—St. James—as the city was founded as Santiago de Guatemala. St. James was an apostle, the conquerors’ patron saint and is Spain’s patron saint today. The Spanish named many cities after Santiago. When the Spanish formed towns in Guatemala in the 1540s, each town received a patron saint and a corresponding fiesta.

When Pedro de Alvarado came from Mexico to conquer Guatemala in 1523, he founded the first capital (near Iximché) as Santiago de Guatemala. That capital was moved to San Miguel Escobar/Ciudad Vieja in 1527 and then, after mudslides, moved to what is now La Antigua Guatemala in 1541-43. The third capital (also named Santiago de Guatemala) was moved from what is now called La Antigua Guatemala (the Old Guatemala) to present day Guatemala City in 1773-74. La Antigua maintains its holiday in honor of St. James on July 25th, and the celebration begins now! Guatemala City changed names and patron saints and celebrates the Virgin of Ascension (August 15th).

Considered VERY important for residents, celebrations were simple up through the 1970s. The main activities still include a ceremony in City Hall on the 24th to declare Antigüeños Distinguidos. This year, the school parade will be held on July 25th at 8 a.m. with a wide variety of schools and somewhat of a competition among school bands as they make their way to the city’s stadium. The 3 p.m. procession in honor of St. James departs from San José Catedral and returns to the same church at about 5:30 p.m. City Hall will sponsor an array of concerts, baile de gigantes and fireworks throughout the day and evening!

In the 1980s, while working at the National Council for the Protection of La Antigua Guatemala, we began a cultural calendar for the entire month for Antigua. This includes promoting local artists, musicians and an appreciation of the city’s heritage particularly through different school contests. Other groups participate with sports events and all sorts of fun.

Highlights include a lecture on July 9th at 3 p.m.; “Anécdotas Antigüeñas;” a concert, “El Tercer Ensamble Coral Interuniversitario,” on the 12th at 5 p.m.; and an art exhibit, “Retrospectiva Pictórica: Realismo y Subrealismo” with works by Rosa María Ruiz Porras, beginning the 14th—all at Capuchinas. Other activities include reforestation at Cerro de las Cruz on the 18th, and a favorite will be the lecture by Cronista de la Ciudad, Carlos Enrique Berdúo Samayoa, titled “490 años de Santiago de Guatemala—Ciudad Errante,” on the 22nd at 10 a.m. at Capuchinas. La Antigua has recently embraced Facebook to share cultural activities so stay tuned and we’ll see you at our fiesta!