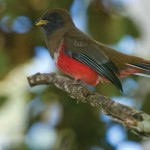 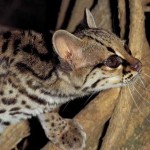 The final article of a three-part series exploring El Pilar—a raw and wild reserve where the proprietors have a vision for developing it into a sustainable resource for valuable research and first-rate birdwatching.

Rivera is the manager of Finca El Pilar, a quiet natural retreat just 3.5 kilometers from La Antigua’s central park near San Cristóbal El Bajo. He says properly developing this wild haven into a tourist-friendly reserve is critical for enabling the invaluable research of a fragile and threatened ecosystem found within the grounds of the farm.
“We have some remaining cloud forest on the top. A cloud forest is a mix of conditions. You have to have a certain altitude above sea level—generally it’s above 1,800 meters. You have to have an ocean relatively close, the mist from the ocean forms clouds that fill the forest. You also have to have specific wind patterns that guide the clouds into the forest.”

Rivera estimates that about 30 percent of his farm constitutes a cloud forest and, without proper conservation, it could easily diminish to nothing.

“For the last four years, we’ve had a fire every year. Two years ago we had some big fires in the upper part near the houses and it burned all the forest soil.”

Rivera recalls that one fire was particularly devastating.

“It burned maybe 20 percent of the cloud forest that was on the top of the mountain. And you know a cloud forest is very, very wet, so it was a big fire. … We have to be monitoring constantly. In the dry season we have a water tank with a big hose attached on the back in case we need to put out fires.”

Fires aren’t the only threat. Global warming is another issue that Rivera says pressures the fragile environment.

“Global warming is a threat because … as it becomes hotter, maybe by 10 degrees, the forest can only find colder temperatures if it goes up. But, it doesn’t have any way to go up because there is no more land. So it’s starts to die.”

Research suggests that it takes between 500 and 600 years for a cloud forest to re-grow, and Rivera says “with the global warming that’s not going to happen.” Thus, the farm manager has just one option: “I can only preserve what I have left.”

What’s left still proves to be quite much. El Pilar is believed to be the home of one of the most diverse bat populations around Antigua. Other wildlife includes grey fox, snakes, porcupines, skunks, opossums, raccoons, frogs, lizards and more. But what attracts Rivera most is the plentiful population of birds. More than 130 species can be spotted flitting throughout the farm’s treetops.

“I want to build a place that is birdwatcher friendly. Maybe build a lodge farther up the mountain and a scientific station for visitors and students from around the world who are getting advanced degrees and want to come here to do research.”

Yet, Rivera wants to keep the reserve as wild and natural as possible.

“I want to make it very low-impact. We have a lot of potential with birdwatching tourism, the eco-system is very good. We can also make some trekking and mountain-biking.”

Rivera says El Pilar has already hosted international birdwatching activities attracting enthusiasts as far away as Japan. Wildlife conservationists and well-known photographer, Thor Janson, agrees that the natural reserve at El Pilar offers a prime opportunity for the local community to better connect with and understand its surrounding natural habitat.

“Apart from it being important to protect forests—all forests—everywhere, this particular forest being close to Antigua and being close to Guatemala City is a very fine place to get in touch with nature. It is part of the idea to have Boy Scout groups come out and camp here and things like that.”

“We are still building some infrastructure. When it’s all done we will start marketing and promoting. The end of the year —this is my goal.”

In the meantime, visitors are welcome to explore the wild reserve or take a dip in one of the farm’s three pools (Q10 p/p) that are filled with fresh-mountain spring water every day.