Edible Flowers in the Mayan Diet 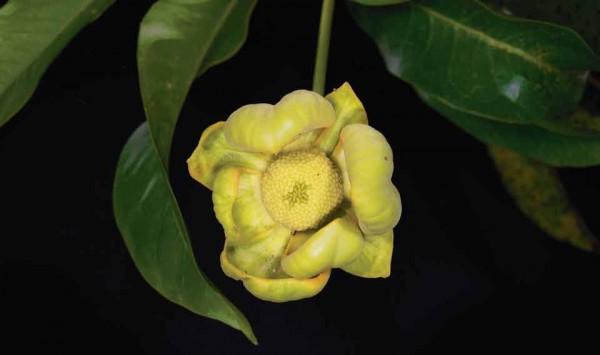 The focus this month is on an edible flower from the tree referred to as muc in the Q’eqchi’ language; orejuela in local Spanish of Guatemala. The scientific name is Cymbopetalum penduliflorum (Donal) Bail. Family: Annonaceae.

Flowers played a major role in Mayan culture, as sacred flowers, as perfume, as seasoning, as food and as medicine. The flower from the muc/orejuela tree was the most popular seasoning for cacao and other drinks for the Maya and Aztec.

These trees grows abundantly around Cobán, Alta Verapaz (Guatemala). Its flowers have always been available in most major native markets in Guatemala. But in early 2013 not one single stall in the Cobán market, the heartland of the muc/orejuela, had any. I returned last month and was fortunate to find one Maya vendor who displayed a tiny sample in her stall. She had one single tree in her backyard. These days most of the elderly women in the Cobán market say the flowers are no longer used for flavoring; people now prefer cinnamon or other modern spices.

My long-term goal is to raise interest in a rebirth of native Guatemalan plants and healthy alternatives to improve nutrition in all areas of Guatemala. I have even found plants in the driest and poorest desert areas of Guatemala that can easily be raised and eaten, and the extra plants sold for income. Muc/orejuela trees require a more humid eco-system but the point is that every region of Guatemala has native plants that are edible.

The Maya fed themselves and their civilization for several thousand years. The Aztec and their neighbors had a population over a million, so clearly they had developed functional markets and adequate food production. And we would estimate that the Teotihuacán and Toltec before them also used the same basic foods of Mesoamerica.

Despite famines due to weather and political upheaval, the pre-Hispanic people survived remarkably well on their local foods. Remember: maize, tomatoes, avocados, pineapples and hundreds of other edible fruits and vegetables were native to Mesoamerica.

The muc/orejuela tree is also a beautiful shade tree. Not only do the flowers provide a wonderful flavoring, they can be processed into perfume as well as medicinal products, and the bark can be used to make twine (a very viable native alternative to plastic).

Ilena García, the botanist assisting me in the study of muc/orejuela, tasted one single petal in her chocolate. She said that one mere petal had the impact of more flavor than she would ever have imagined.

I hope this tempts you to go try some muc/orejuela flavoring in your chocolate, but don’t blame this article if you end up liking it so much that you want to savor it for the rest of your life! Hopefully you can continue to find it. 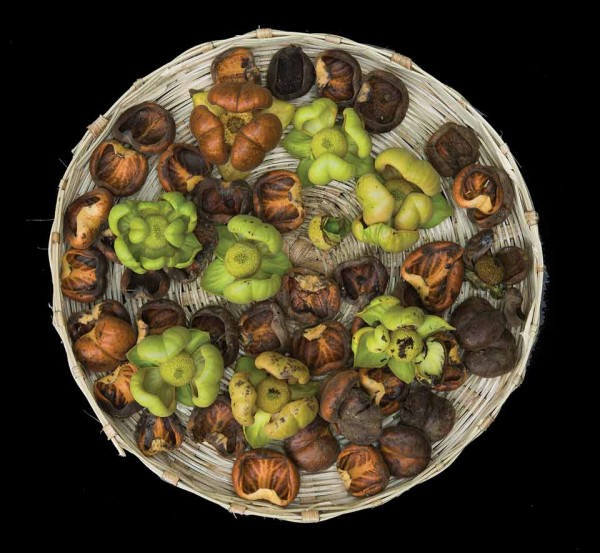