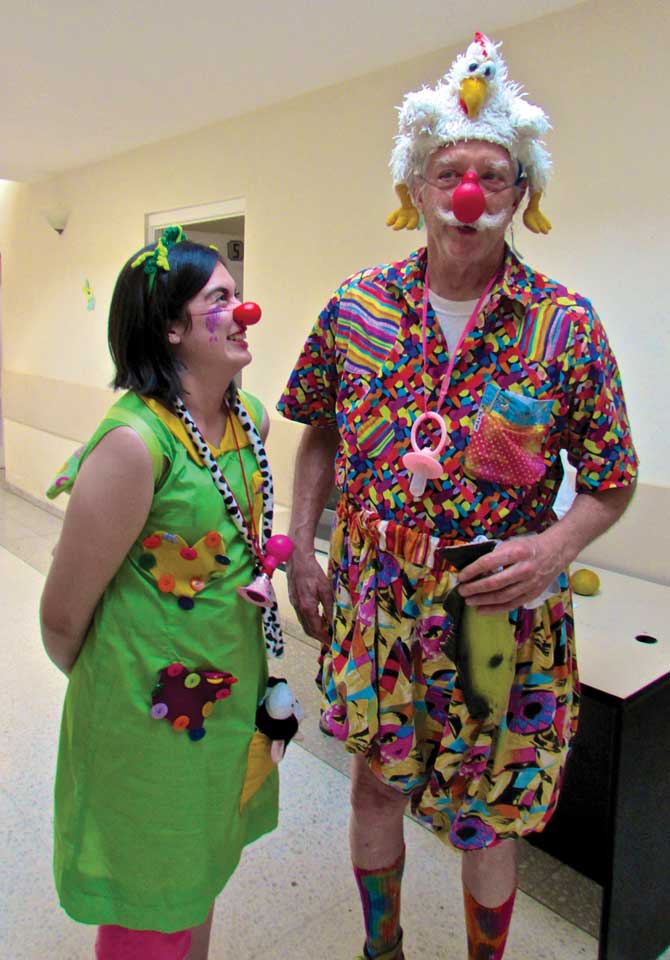 There are few phrases more depressing to hear than, “AIDS orphanage.” Yet the Hospicio de San José in Santa Lucía Milpas Altas is anything but a place of sadness, although it is the home for many acutely ill children and adults.

The hospicio was established in Guatemala in 1989, although the organization has its origins in a UK-based Catholic aid organization founded in the early 1960s. Now, however, the hospicio receives no aid from the church and instead relies on some public funding and a lot of private donors to care for the 70 children living within its walls. The hospicio also offers healthcare services to over 300 adults suffering from HIV/AIDS.

The children living at the hospicio, by and large, contracted AIDS at birth. While they are referred to as orphans, this is a bit of a misnomer. Many of them are orphans—their parents are either dead or they were abandoned as babies—yet some are victims of economic circumstances. Their parents can’t afford their medical care, and thus they come to live at the hospicio.

An estimated 81,446 are infected with HIV/AIDS in Guatemala, and the number grows at a rate of 24 new cases every day. For the hospicio, the cost of treatment, medicines, psychological counseling and nutrition, among other things, averages around $1,800 a month for each resident.

Soft, fresh breezes usually bathe the mountaintop site of the hospicio, and the clean, low-slung buildings are surrounded by grassy yards and flourishing gardens. On one particular afternoon in March, the day-to-day activities of hospicio—dispensing medicines, carting children to and from school, finishing homework, playing games—was disrupted by a bunch of clowns.

Doctor Hunter Dogherty “Patch” Adams—clown, social radical, once-roughly-depicted-in-a-movie-by-Robin-Williams—was in the house. Adams spends 300 days a year traveling around the world to places like the hospicio with the goal of easing the psychological pain of illness for patients. This afternoon found Adams patting a gigantic yellow balloon back and forth with Víctor, a 30-something man, confined to bed, unable to drink fluids, dying of AIDS. He seemed to be enjoying the game, though.

Adams explained why he invades hospitals and homes like the hospicio with clowns: The worst part of being sick can be the terrible boredom that comes with it. He aims to break it, and if Victor’s declaration that he wasn’t bored and enjoyed playing with the balloon can be taken as proof, Adams is successful. Yet Adams believes his international organization of volunteer clowns gains as much from helping patients as the patients themselves gain.

“The loving self is the part you love the most,” Adams said. Basically, by creating small moments of enjoyment for the sick, people find they like themselves more. It can be transformative.

Adams’ philosophy is not goofy, as it was portrayed in the 1998 Robin Williams movie, “Patch Adams.”
“Our country [the U.S.] is the number one mass murderer in the world,” Adams declared in between launching the balloon into the air. He sees his mission to help the sick, through fun and affordable healthcare, as hackneyed as that may sound, as part of a larger political movement.
It’s doubtful that anyone at the hospicio cared about Adams’ politics, though, least of all him. His visit served to improve an afternoon for the sick and raise the profile of the hospicio.

At the end of the day, the center’s director, Elena Clavijo, hurried about checking on the status of medicines to be dispensed and homework being completed. According to her, the number one need at the hospicio now is a new bus to take the kids to school.

Information about the hospicio and how to make donations is available at:
www.hospiciosanjose.org/home.html