In their literacy campaign, Cooperative for Education has established 172 textbook programs, 30 computer centers, 39 mini-libraries and 284 scholarships

Cooperative for Education is a nonprofit organization that provides self-sustaining textbook, computer, library and scholarship programs to schoolchildren in Guatemala. Its mission is to help Guatemalan schoolchildren break the cycle of poverty through education. CoEd sees building literacy, the cornerstone of economic development, as the key to bridging the great economic divide. They seek to accomplish this through textbook and computer projects in schools.

In 12 years of existence, CoEd has established 172 textbook programs, 30 computer centers, 39 mini-libraries and 284 scholarships. There are nearly 32,000 children using CoEd textbooks, 12,300 students being trained at CoEd computer centers and approximately 150,000 textbooks in circulation.

Impressive as those statistics are, the real impact is seen in the stories of individuals. Hilda Bucú, a 17-year-old CoEd scholarship recipient, was recently acknowledged as a “young leader” in a short documentary by filmmaker George Moffly.

One of her contemporaries, Rosemery Tun Coj, 15, is using her CoEd scholarship to study pedagogy. She is currently serving an internship as well as finishing her first year of education in primary school teaching in Pedro Molina, Chimaltenango. “I want to study, work and help my parents and siblings,” she says, “but above all, I want to improve my country. I can’t do it alone, but I can put in my grain of flour.”

Mario Yac, who serves as new projects manager in the Guatemala office, has a double view of the program: the perspective of a trained professional as well as that of a child growing up with access to few educational resources. “Growing up as a rural indigenous student myself, I know first-hand the many struggles the Guatemalan children face,” he says. “I truly believe that CoEd’s programs are the best way to help these young people thrive.”

Besides offering education to children, CoEd has also begun a teacher-training program, which gives in-depth training to instructors at schools with CoEd projects, to ensure that they can make the best use of their materials. Each instructor receives over 50 hours of training in modern teaching methods, with an emphasis on interactive learning and critical thinking.

Perhaps one of CoEd’s most engaging programs, however, is its yearly series of tours to Guatemala. This allows individuals to see the projects in action and to meet some of the students. In February, CoEd conducts a 10-day Delivery Tour, featuring visits to all the new schools entering the textbook program and participation in the inauguration ceremonies.

In August is the Snapshot Tour, a five-day introduction to the CoEd projects, designed for busy professionals who have difficulty scheduling time off work. Both tours take participants to rural schools in need of help, as well as beautiful locations, such as Lake Atitlán and La Antigua Guatemala.

In the seven years since beginning the tours, CoEd has taken 373 people to Guatemala. Many were so touched by what they saw, that they have returned for a second tour. Diane Damico, a 2007 tour participant from Illinios, says, “If I tell people one thing about the Delivery Tour, it will be that it was the best trip of my life.”

CoEd changes many lives, both the lives of students who receive educational materials and the lives of those who help to provide them. To learn more visit www.coeduc.org.

Photos from recent Project Tours to various schools throughout Guatemala. The schoolchildren received textbooks and computers delivered by Cooperative for Education staff and volunteers. (photos: Mary Graham and Holly End) 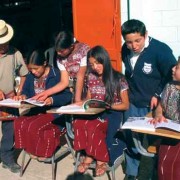 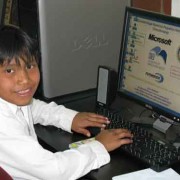 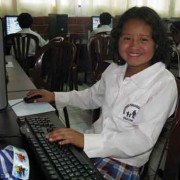 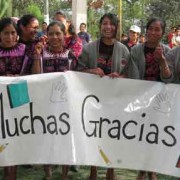 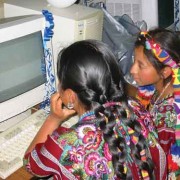