Birds in the Mayan civilization: The Owl 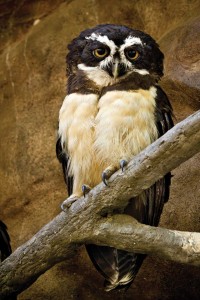 Birds have played an important part in the life and culture of ancient civilizations. Between A.D. 300 and A.D. 600, owls were occasionally featured in the murals and vase paintings of Teotihuacán, Mexico. Some owl eye rings are good replicas of the round “goggles” of the Teotihuacán deity Tlaloc.

Mayan art, too, often depicts the owl. As birds of prey, they are characterized as nocturnal predators; their soft plumage is adapted to move silently at night. In the Mayan belief system, the night, the darkness and death are connected, so it isn’t surprising that the owl has been associated with dark forces, as messengers of the underworld and as a manifestation of the god of death.

Probably the most pictured is the barn owl. This bird is characterized by its pale buff, gray and white feathers; its dark eyes are framed by a heart-shaped white facial disk. Some authors have identified owls in Mayan art as “the moan bird.”

So when you next see an owl or hear an owl hoot, I hope this article has introduced the fact that owls are part of the mythology, iconography and epigraphy of 2,000 years of Mesoamerican culture.

To learn more about birds in the Mayan civilization, visit www.ethno-zoology.org.