Beginning of Lent in Antigua Guatemala 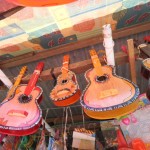 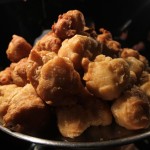 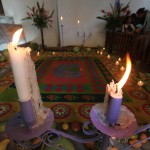 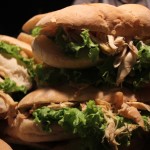 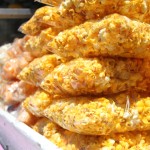 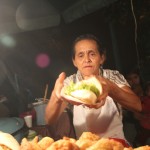 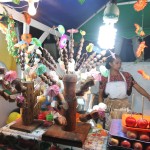 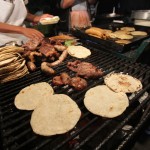 The first Sunday after the first full moon of spring is Easter, this year on March 27. Count back seven Wednesdays to mark the beginning of the 40-day period of Lent on the Christian calendar. It is Ash Wednesday, and the date in 2005 is February 9. In La Antigua Guatemala this means the beginning of vigils (velaciones) and processions, growing in size and frequency until the great crescendo of Holy Week when the town fairly explodes with fervor and devotion. It is a time of tradition when the sacred images of the churches are dramatically displayed and carried through the streets. The images, most of which date from the 16th to 18th centuries, are revered religious symbols, but they are antique art treasures as well.

The Spanish colonists who in 1543 introduced the first procession to the streets of Santiago de Los Caballeros, now La Antigua Guatemala, might be surprised to know that, not only does the tradition continue, but thousands of visitors come from all over the world to see and, perhaps, to share. As one parish priest put it, “If the tourists want to come, they are welcome. But that is not why we do this. For us, the processions are an expression of our faith.”

Sixteenth-century colonists established the first cofradías, now known as hermandades, the groups responsible for care of the images and for organizing the processions. That church and state were one there is no doubt. Religion, culture, tradition were all bound tightly together. The cofradías became central to the traditions of the colonial capital and to community as well as religious life. There were as many as 3,000 cofradías, each with its own image, by the time Santiago was devastated in the 1773 earthquakes and the capital moved to what is now Guatemala City.

Some of the beloved images were secretly stored, but most, like other works of art, were also moved from their church ‘homes’ to the relocated churches in the new capital or to other parts of the country. It may even have been the move by procession of some images that motivated reluctant colonists to follow, obeying the government order to leave town. Today, to the delight of Antigüeños, their images sometimes come back to visit.

Fitting to the Lenten period, the image of Jesús Nazareno, at home for 227 years in La Merced Church of Guatemala City, will visit the place of its creation. The image was ordered by the cofradía and sculpted in Santiago in 1655. It was one of the most important images of colonial times, according to Elizabeth Bell in her book, Lent and Holy Week in Antigua. The image is scheduled to arrive at the Santa Inés church at the eastern edge of La Antigua mid-afternoon of the third Thursday of Lent, February 24. From there, it will be carried in procession to San Francisco Church and then on to arrive at La Merced Church about 10 p.m. The church will host a vigil on Friday and an all-day procession on Saturday, February 26.

Similarly, last November the Virgin of the Rosary of Santo Domingo, a 16th century, life-size work in silver, visited its La Antigua home. One of the faithful, lamenting that it would be only a visit to the restored Santo Domingo Church in La Antigua, said, “She really belongs here!”

Each vigil of Lent presents an image in the church for contemplation and is a work of art in itself. Traditionally there is an elaborate backdrop, soft lighting and a garden-like carpet (alfombra) in front. The alfombras are yet another tradition about which much deserves to be said. In summary, they are unique creations of colored sawdust sprinkled through cardboard stencil designs, elaborated with flowers or flower petals, fruits, vegetables, candles, pine needles and more. A perennial item is the corozo pod, soft and yellow inside and having a distinctive fragrance.

Alfombras are also created on the streets for the processions. Families, groups and commercial establishments plan for months ahead, drawing designs, calculating, ordering and preparing materials for each year’s unique production. On the day of the procession the timing is crucial. The street must be watered down, sometimes the cobblestone surface leveled with sawdust. Then the ‘troops’ are called in, as many as are available, even inviting passers-by to participate in implementing the carefully laid plan, piece by piece, flower by flower, to be finished fresh just in time. Some are simple, some are extraordinarily complex—but all are beautiful. They are offerings of faith and adoration for the image that will pass over them.

The traditions of Lent and Holy Week are celebrated in villages, towns and cities all over Guatemala, each in its own way. But all is not solemn and serious. These are cultural and social events as well as religious. The reverence of the vigil inside the church is in contrast to the festivity outside, featuring typical foods, games and even rides. The dirges played in the processions are followed at the end by bells of the ice cream vendors and calls of the cotton candy vendors.

Traditionally, the first vigil of Lent in La Antigua is on Ash Wednesday at San José Cathedral. From then on there are vigils and processions every weekend, beginning with those of the outlying churches. •