Antigua Over The Years 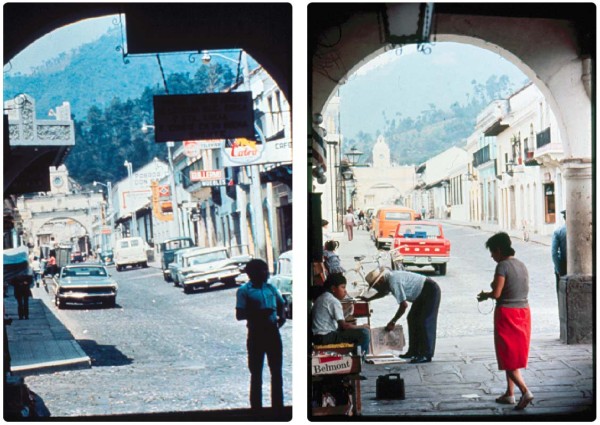 Before (1971) and after (1973) photos of 5a avenida, La Antigua showing how prevalent the business signs were

Since 1992, much effort has been dedicated to preserving Antigua with an eye toward finding a balance between preservation and economic development. It is sometimes difficult to remember how abandoned the city truly was. After the 1773 earthquake, most residents did not want to move to muddy empty lots in Guatemala City during the rainy season. It took a royal decree prohibiting business and religious processions to force the move; afterward only a few residents remained in what was then called “La Antigua Guatemala.” Balconies, doors, furniture and art were taken and the city remained somewhat dormant for decades.

While coffee cultivation was introduced in the valley in 1881, finca owners continued to live in Guatemala City and there was no real economic base for the old colonial capital. In the photos by Eadweard Muybridge taken during this period (1875), we see the market in the Central Park and La Merced with lawn sofas in front of it on weekends.

La Antigua became an educational center for the region with the dawn of the 20th century. The market was moved out of Central Park in 1912 and the city was declared a National Monument in 1944. The monuments, however, remained mostly abandoned and many of the houses had not been renovated. It became a somewhat popular place to visit in the 1940s when Gore Vidal lived in town and Antigua was emerging on the tourism map!

Tourism continued to grow and Spanish-language schools began to proliferate in the early 1970s; in 1969 the Guatemalan Congress passed a law calling for the protection of historical Antigua. But preservationists had no architectural plans of the city and only written histories to guide them. Study efforts began to learn more about this historical gem, which was included as UNESCO World Heritage Site in 1979. Although the city does not request funds from UNESCO, Guatemalan experts did receive training.

Business signs were taken down with the Sign Ordinance of 1973 and electrical wires were put underground after 1982. Windows were turned into doors for storefronts and Spanish students stayed with local families, adding to the city’s income. Meanwhile the tourism industry began to thrive. Houses became hotels, storefronts became cafés and art galleries. Zoning was implemented for commercial and residential corridors and Antigua established its own Urban Development Department at the municipality.

So…during the 22 years since the Revue began with its first publication, Antigua has emerged as THE tourism destination in Guatemala and, now, we are the wedding destination for the entire region. The Titanic job of preservation that began in earnest in the 1960s, and which has borne such wonderful fruit to date, will require continuing fervent effort as Antigua grows even more. 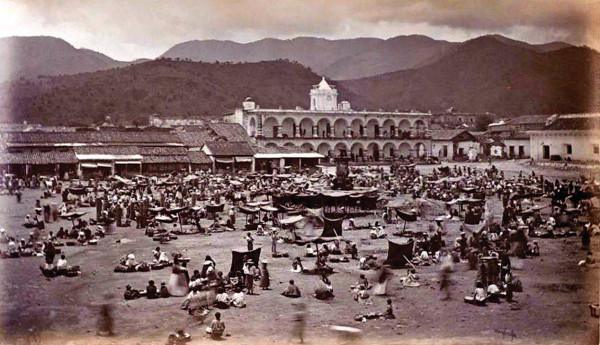