There are many “hidden” mermaids throughout town, can you find them? 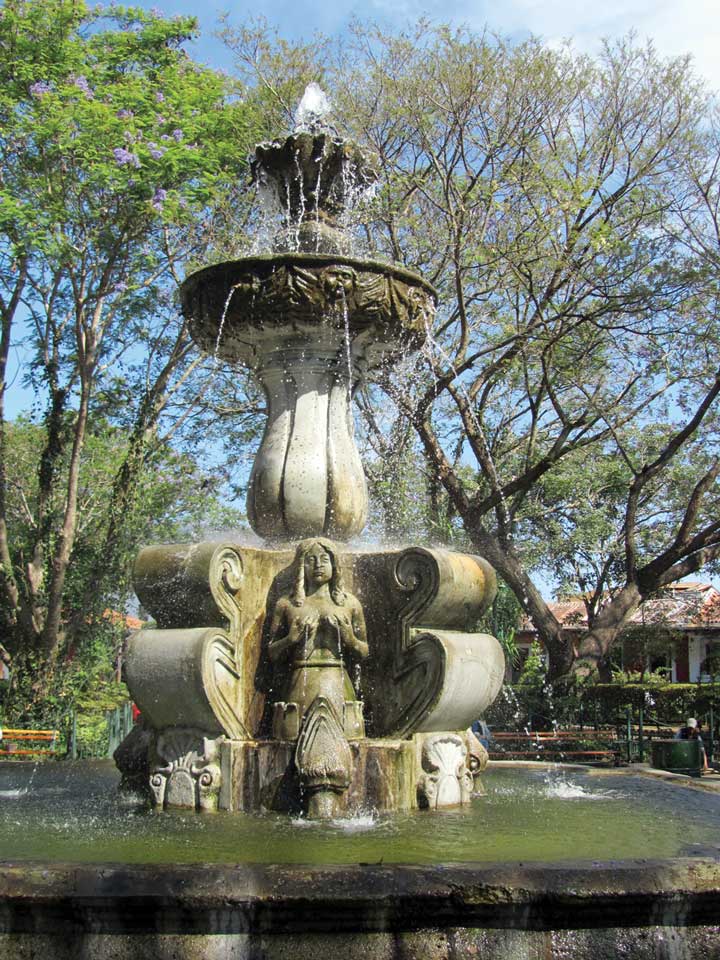 Mermaids in the fountain of Antigua’s Central Park. FOTOS BY MAREN ALBERTSEN

The most famous mermaids are those on the Fountain of the Mermaids in the Central Park originally built by Diego de Porres in 1739, inspired from the fountain of Neptune in Bologna, Italy. As reported by Dr. Miguel Torres in his recent research on the topic, there are many more “hidden” mermaids throughout the city!
Mermaids—or sirens—date back to Greek mythology as creatures who used their enchanting voices to lure and shipwreck sailors; they are found in many Greek stories, including “Homer’s Odyssey” and Euripides’ play “Helen” (167), with various counts of two to five depending on the author. According to “Ovid,” the sirens were young Persephone’s companions (daughter of Zeus and Demeter, the queen of the underworld). Demeter gave them wings to search for Persephone when she was abducted. Thus, sirens were believed to be a combination of women and birds, represented in early Greek art. Orpheus is the first to drown out the sirens with his chant and lyre. Roman poets place them on an island surrounded by cliffs, possibly Capri.
Medieval art (XI-XII) transforms bird-sirens to fish-sirens that represent temptation, lust and sin while bird-sirens remained in Spain due to Muslim influence. Sirens with mirrors and combs, representing vanity and lust, were popular in the 16th century. Christopher Columbus refers to sirens in his letters of 1493; these have been identified as manatees. There are also two-fin sirens with fin-holding hands prevalent in the Renaissance and Baroque art where sirens become a decorative item.
Mermaids were a symbol of virginity and chastity to alchemists. Thus, the notion of sirens appearing in convents and religious art in Guatemala connects to their meaning. For fountains, it was believed that water represented purity and the sirens represent temptation and sin that steers one away from God.
Whether all of this history about sirens was apparent in Santiago de Guatemala (now La Antigua Guatemala) is difficult to say. We do know that it was one of Diego de Porres’ signature designs. He was master architect of the city from 1703-1741 and first placed sirens on the dome of Escuela de Cristo Church in 1730. Mermaids also appear in the city on Santa Isabel Church, Colegio Tridentino, the fountain in front of La Merced (that belonged to San Francisco Church), the fountain inside the La Merced Monastery, Casa Convento Concepcion, Casa Siliezar and Casa Chamorro, to mention only a few.

Through my studies focusing on Antigua over the years, I was astonished at the number of sirens “found” by Dr. Torres that many of us had never noticed—particularly those on the façade of Santa Clara church. Can you find them? 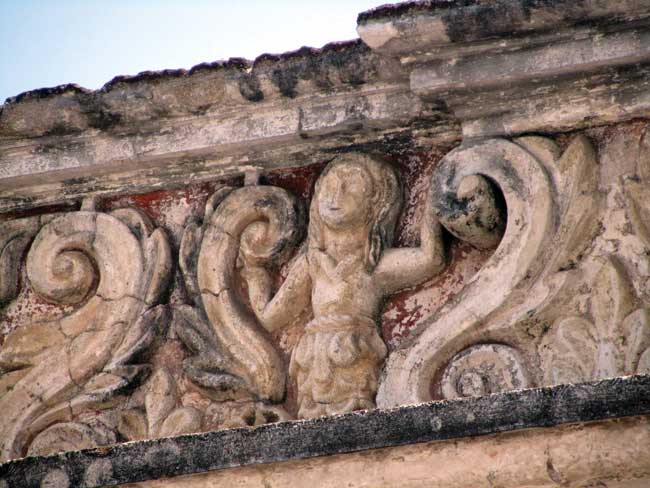 Part of a church facade 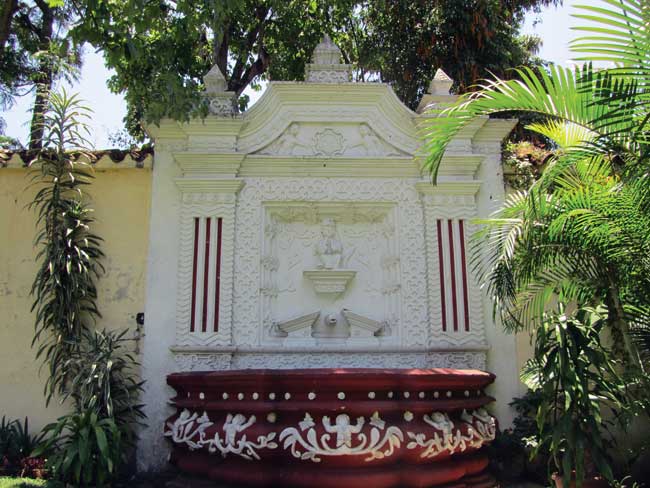 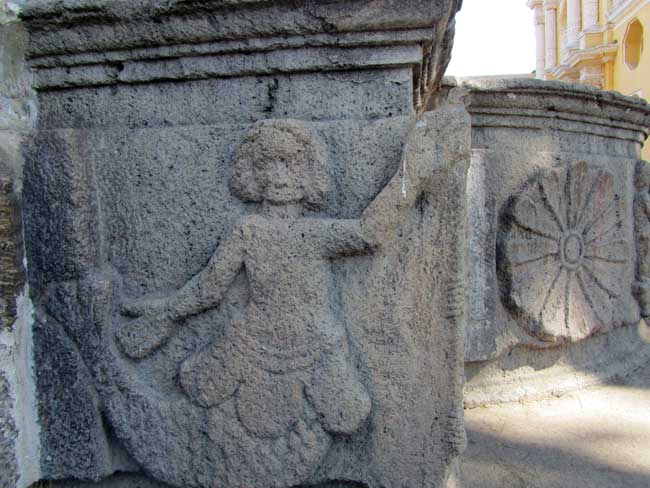