All Aboard the Xela Express 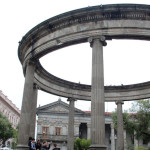 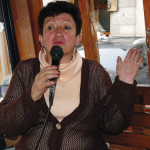 With so many cultural, culinary and spiritual destinations in and around Quetzaltenango, visitors can enjoy a leisurely sampling of the area’s most interesting attractions simply by boarding a street-wise locomotive.

Conveniently answering a tourist’s questions of where to go and what to see, Tranvia starts in Central Park with a brief history of the country and city.

Narrated by Tranvia general manager Blanca Ruth Ríos, the tour begins with historic sites bordering the park, such as the Metropolitan Cathedral (dating to 1535), the cultural center and the nation’s first private bank.

A few blocks away lies the historic Teatro Municipal, built with Italian design in 1895 and a Greco-Roman façade added in 1905.

The circuit continues past the historic railroad station (now a museum of typical dress and photography) and offers a stop at the city cemetery and its array of elaborately designed mausoleums. The interred include two former presidents and Vanushka, a young Gypsy circus performer who, according to legend, died of a broken heart and whose spirit helps lovers.

Another stop takes visitors to the restaurant/café Chocolate de Doña Pancha, where guests can make their own chocolate from raw cacao beans.

Itineraries can also be tailor-made for special occasions, special interests and groups, such as business visitors, students or families.