A Quest for Education

San Miguel Dueñas looks like any other pueblo bordering La Antigua Guatemala. Camionetas come in and out at a regular clip, bypassing an antiquated church alluding to a Guatemala of old. There are a handful of tiendas staffed by abuelitas selling acid orange carrots and flowers.

Dueñas is an agricultural town with a population of around 12,000 inhabitants; many work in the greenhouses dotting the landscape. An average salary at one of the greenhouses is around $200 a month. Families just have enough to survive. Children are often pulled out of school to help with the harvest, delaying their educations.

Open Windows Foundation (OW) was founded in 2001 by three energetic and committed women: Dr. Jean Uelmen (U.S.), Teresa Quiñónez (Guatemala), and Ericka Kaplan (U.S.). All three wished to make a difference to the lives of the poor community of Teresa Quiñónez’s hometown: San Miguel Dueñas. They found a need and desire for children’s books, and so began loaning books within the community. This developed into a free children’s learning center, run in one room donated by Quiñónez in her family home in San Miguel Dueñas, with one salaried staff member and approximately 20 children.

Eleven years later, Open Windows has grown to over 2,500 students and its reach in the Dueñas community is immeasurable. In 2003, the Rotary Club donated 10 computers, and classes in computation and typing commenced. In 2005, faced with outgrowing its reading room, it opened a proper library, which now holds almost 11,000 books.

Every year the project seems to grow; an outdoor space for sports was added, a second-floor complex built for extracurricular activities like art, music, English lessons, and sewing. The Open Windows computer lab now has 21 humming machines, which are open to students and the larger Dueñas community alike. An American doctor and team of dentists are now involved, checking up on the children’s health regularly.

The project has extended beyond Quiñónez’s one room in the family home; it is now fully an Open Windows facility. In 2006, Open Windows started working with a Canadian nonprofit, Developing World Connections, which began supporting the project through financial, volunteer and construction efforts. At a certain point, Open Windows could not accommodate new buildings, so it began to aid Dueñas families in other ways.

First, Open Windows started donating eco-friendly stoves, which burn wood more efficiently and funnel harmful smoke out of living spaces; it has given away almost 40 to the local community. Next, Open Windows took an interest in housing and started working with the neediest to replace dwellings made out of corn stalks and plastic sheeting with those made out of cement, metal and glass. A housing project now under way is scheduled for completion within days of this magazine going to press.

Everyone involved in the OW projects are deeply committed to giving the children of Dueñas the same opportunities to learn. When asked what child can come to Open Windows, Quiñónez answered, “Any child who wants to come and learn. We don’t make decisions on which child gets to study. Here at Open Windows, every single child in San Miguel Dueñas receives the same support and opportunities.”

Of course, she says the project would not be possible without its staff, volunteers, a great group of very dedicated teachers, financial supporters and the Dueñas community. Quiñónez adds, “I want to mention that the success of Open Windows is also the result of hard work accomplished by two boards that are responsible for raising funds in Guatemala and the U.S. We all work as a team.” However, what she says makes the biggest difference is when former students from Open Windows return and set a positive example.

“There’s a girl who studied with us since eighth grade, and she just graduated from nursing school. This is good for the young children to see. She’s now an example, a person who came to Open Windows and, with education, changed her life. All of them can do this; all of them can have a better life.” 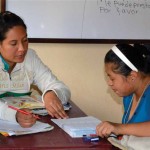 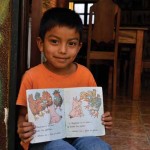 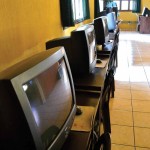 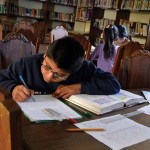