A Perfect Combination Of A Cultural And Natural Experience 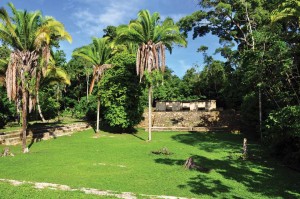 Site of the
Royal Palace

If you’re looking for an off-the-beaten-track destination where you can visit an ancient Mayan city and experience nature, Aguateca, “the Sun-Faced Mountain,” might be the place. Located in the jungle atop a low limestone hill on the banks of Lake Petexbatún, it is well preserved and features an impressive natural chasm that is a must to explore.

The origins of Aguateca are estimated to date back to the late Mayan Preclassic period (300 BD to 350 AD). After being densely populated around 700 AD it was later invaded by enemies and abandoned during the ninth century, as were other cities in the Mayan world. The exodus was so fast that one of the buildings was left unfinished. You will come upon this, the defense wall, the house of the governor and other smaller structures as you walk through the site. One of the highlights certainly are the detailed stelae (or their replicas) on the main plaza.

The last part of the trip will take you on a 40-minute boat ride on the Petexbatún River. Watch for turtles, birds and the occasional crocodile lurking among the mangroves.

Also at the site keep your eyes open for monkeys jumping from tree to tree. Probably you will hear them long before you see them, especially the howler monkey, as its roar can be heard several kilometers away. Just imagine standing right beneath one of them when it starts to vocalize. 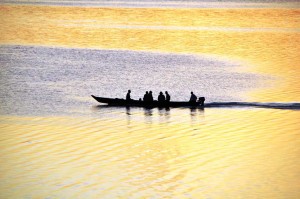 If you venture into the chasm, which is about 50 to 60 meters deep and only a few meters wide, you might also run into snakes and other little creepy animals. Therefore, watch out as you make your way down the slippery path into the dark creek, which used to serve as a natural defense line. Better yet, take a flashlight.
Not only is Aguateca impressive, getting there is an adventure in itself. The last part of the trip will take you on a 40-minute boat ride on the Petexbatún River. Watch for turtles, birds and the occasional crocodile lurking among the mangroves.

The easiest access to Aguateca is from Flores. It is a 45-minute taxi ride from there to Sayaxché, where you catch the boat to the site. Alongside the river and right inside the jungle there are a few options for overnight lodging. There are also a few hotel options in Sayaxché.

As Aguateca is so remote, not many people come here. Therefore, there is no entrance fee. If you have the time, also visit the twin city Dos Pilas and nearby Ceibal. The three sites together make a wonderful two- to three-day adventure. 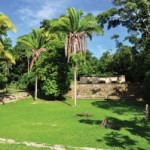 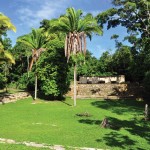 Site of the Royal Palace 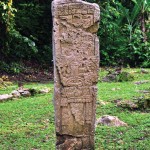 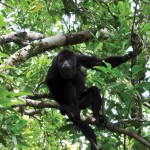 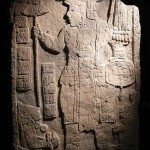 (above) Aguateca stelae and (below) foundation of a meeting house 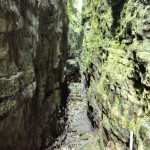 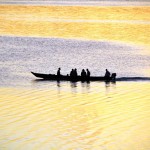