A Museum for Kids

If the motto of most museums seems to be: “Look but don’t touch,” el Museo de los Niños in Guatemala City is the other extreme.

Located in Zone 13, the center opened in February 2000 and has since welcomed more than 1.5 million schoolchildren from all over Guatemala. Through an assortment of dynamic games and interactive puzzles, the museum teaches kids a variety of academic subjects while informing them about their country’s culture and how to be a good citizen.

Want to teach a 4-year-old about the fragility of the Earth’s ozone layer or the importance of collecting rain water? El Museo de los Niños has all the answers and takes you on a journey through space, the human body and a coffee plantation to find them.

From a life-size version of the popular board game Operation, to a giant aerial photo of the city where children race to see who can locate famous monuments first, everything is educational and designed to make learning fun. Even the outside climbing wall depicts several of the country’s volcanoes so that as children climb the rope they “ascend” Pacaya, Fuego and Acatenango and discover which has the highest peak.

The enthusiastic guides believe that if you can teach core values and environmental responsibilities at an early age, you will secure a better future for Guatemala. Eco-friendly messages are reinforced throughout, with paper-making activities and material-separating stations to show that recycling can be fun.

Among recent visitors were more than 100 children from Niños de Guatemala, an NGO which provides access to education for the poorest children of Ciudad Vieja.

“I was completely blown away,” said Emmy Powell, volunteer coordinator with NDG who accompanied the children. “The building itself is bright and welcoming. The staffers are knowledgeable, enthusiastic and well-organized. The topics covered by the museum’s activities are interesting and diverse. Our kids had an absolute blast while learning!”

As well as containing more than 45 exhibits for children aged 8 months to 12 years, el Museo de los Niños also boasts a ball pit, a mini-football pitch and a theater, which is available to rent for birthday parties and family reunions.

They keep technology to a minimum—demonstrating that children don’t just learn through computers but also by using their imagination, exploring and interacting with objects around them.

“Chiquitenango,” the museum’s very own micro city, gives children the opportunity to “drive” around its streets, navigate traffic lights and greet pretend firefighters, gas station workers and pedestrians playing in the park. It really opens their eyes to the world around them and teaches them to respect others and abide by the highway code.

The museum collaborates with businesses and institutions to raise money so that orphans and children from public schools and NGOs can visit free of charge rather than pay the usual price of Q35 per person.

Since the museum is near the zoo, why not make a day of it and visit both attractions? Just don’t forget to bring your inner child—as well as your real ones, too. 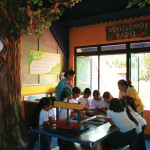 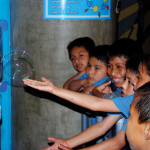 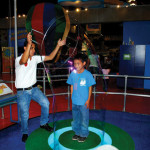 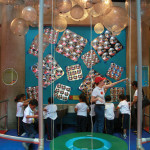 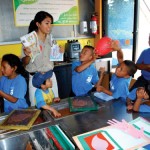