Almost a month after previous Mayor Edgar Ruiz Paredes was arrested on corruption charges and stepped down, his successor Susana Ascencio had already emerged as his antithesis.

Under the direction of Mayor Ascencio, La Antigua Guatemala’s municipality has submitted open bidding on a mega-project aimed at relieving the city’s congested traffic. The solution is to redirect traffic passing through on the way to western Sacatepéquez, Guatemala City and Escuintla. “Two thirds of the traffic going through Antigua involves travelers that are headed somewhere else,” Ascencio says. The mayor refers mostly to small vehicles. According to the Metropolitan Traffic Police (PMT), 95 percent of heavy traffic that used to enter Antigua is now detoured via Chimaltenango. 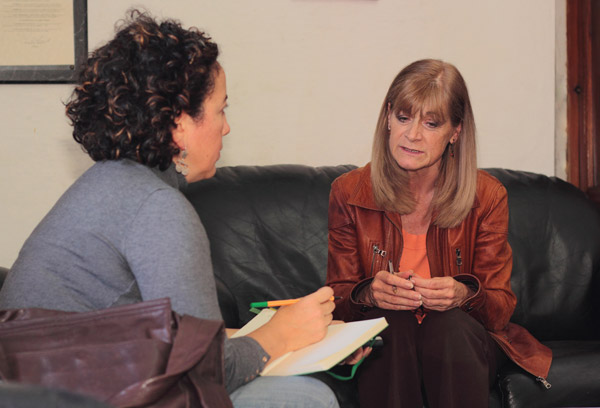 The project is one of 10 public-private alliances projects created under a 2010-approved law (decree 16-2010). They involve private investment in projects overseen and jointly managed by authorities and investors. These projects are limited to economic development infrastructure and are managed by the National Agency for Economic Infrastructure Development. The law excludes projects involving education, health and water services, but allows others dealing with waste management for recycling purposes and alternative energy production. Ascencio believes that Antigua could also fight the lack of energy resources through such projects.

The mega-project for Antigua, which includes modernizing the market and constructing a bus terminal along with parking lots on the outskirts of the city for visitors, will require a $70 million investment. The bidding, drafting a contract and the project’s final approval may easily take three years, but if that goes smoothly, construction is scheduled to start in 2019 and end in 2020—the last year of Ascencio’s administration. The cost is roughly five times larger than the municipality’s yearly budget however it takes into account funding for long-overdue projects including the costs incurred to relieve the city of excess traffic and constructing the bus terminal. The public-private alliances law was created precisely for projects that require investments exceeding a government office’s budget.

The description fits Antigua’s municipality, especially after the previous administration depleted its funds. Ruiz and 10 other defendants have been indicted on fraud charges and misuse of some $2.7 million — most of it in connection with Adolfo Vivar Marroquín, elected mayor in 2011 and arrested in 2012. The embezzled funds amount to one-fifth of the annual budget.

Ascencio, an architect who was elected in September, has vowed to turn the municipality around, even in the face of a bleak financial situation. For starters, short-term plans involve constructing a peripheral road to the city to connect its north and south. She hopes that the Ministry of Communications, Infrastructure and Housing can step in for this task, as it will also be involved in the mega-project, along with the Ministry of Environment and Natural Resources, to oversee the conservation of green areas. 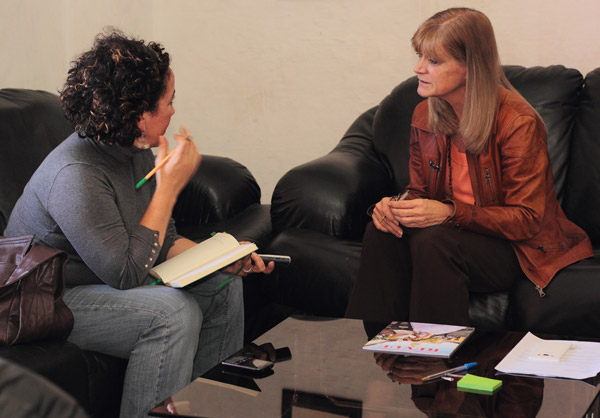 “Some villages are already accessible by bicycle, but hopefully in the future we can provide the use of electric cars,” Ascencio explains.

The mayor plans to fully connect Antigua’s 12 villages with each other and the city itself to allow its residents full access to education and employment opportunities. Currently, 78 percent of Antigua’s population, estimated at 46,000, lives in urban areas. “Some villages are already accessible by bicycle, but hopefully in the future we can provide the use of electric cars,” Ascencio explains, referring to options that would help curb pollution in green areas surrounding Antigua.

By Holy Week, a parking lot for 500 vehicles will be available at San Juan Gascón village, a mere 2.6 miles from Antigua (on the main road to it). Transportation to and from Antigua will also be available, freeing visitors from searching for parking in town. The parking lot will be open for tourist buses. It will be one of several parking options outside the city, as by itself it will hardly cover the parking demand. In one weekend alone in February 2015, the PMT registered the entrance of 3,000 vehicles. However, this first parking lot at least frees the city’s streets of 500 of them.

“The idea is to eventually have a small fleet of buses at these parking lots so visitors also have easy access to the villages, to integrate them into a development plan,” says Ascencio. The mayor is keen on stimulating local tourism in the villages as a way to create jobs.

Part of the embezzlement charges against Vivar and Ruiz are tied to a contract for installing security cameras around the city. As a result, the municipality ended up paying for a service not provided in full. However, Mayor Ascencio says the cameras are now in place and, although more are needed, they have helped increase security and allowed police to identify and arrest criminals. Some were involved in extorting bus companies that cover the Antigua-Guatemala City line and transportation between Antigua and its villages. “Car and motorcycle theft also decreased,” says Ascencio, about the reduction between December and February.

Other projects to accomplish by next year include providing running water or fixing defective plumbing in several communities such as Vuelta Grande and El Astillero, north of the city. “El Hato also has problems mainly in its drainage system,” Ascencio says, regarding a community in the same area. “Several communities have a deficient service; in some, the problem is the whole plumbing structure; in others, it’s whether or not they get running water and how seldom.” And this is only her third month on the job.