Reilly’s, the beloved Irish tavern in La Antigua Guatemala, will open Dec. 22nd in its new home, with a festive anniversary celebration set for the next day, Dec. 23rd.

“I’m delighted to say Reilly’s will reopen very soon in what had been Café 2000, with the same food and atmosphere that our friends have enjoyed since we opened in December 2001,” said Reilly’s owner Henrik Nielsen.

Crews began remodeling work on Dec. 6 to re-create Reilly’s uniquely Irish flair – including a colorful Guinness mural and wood flooring — in the new, more spacious location at 6a avenida norte #2.

“We’ll have the same menu, ambiance and fun-loving staff that have made Reilly’s such a popular destination for almost a decade,” Nielsen said.

A months-long contract dispute led to Reilly’s eviction Nov. 16 from its original location, Nielsen explained. “It was a nothing more than a landlord-tenant issue – our municipal leadership and local ordinances were not involved in any way, contrary to an erroneous initial report,” he said.

“The upside is, we’ve found an ideal new location, and we can’t wait to start serving our loyal friends and customers once again,” Nielsen said. 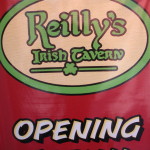 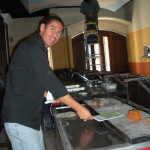 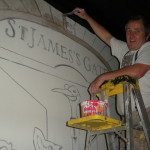