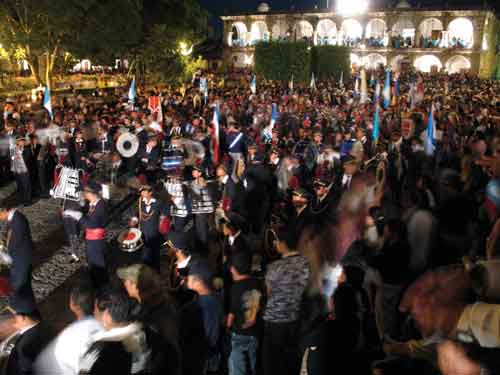 The steady beat of the marching drum, the somewhat-less-steady march of student footsteps along the cobblestone, the sudden thump of a mortar, a shell climbing to burst into multicolors of celebration. Any good excuse is a good time for celebration, of course, but September holds a special one: Independence Day on the 15th, and the sounds, smells, tastes and sights […] 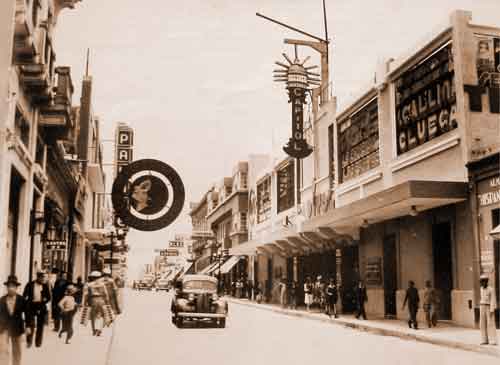 Thirty years ago metropolitan Guatemala had fewer than half its current 3.6 million people. Today’s well-heeled suburbs in its southeast quadrant were separated from El Centro by receding pastures and gardens. Zone One had long gone to seed, but in the late 1970s an attempt to return it to respectability was launched on Downtown’s main drag, Sexta avenida, between calles […]

Who is Latin America’s finest scribe? 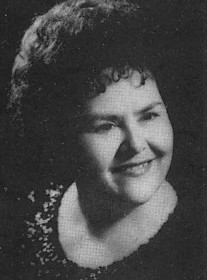 Colombia’s Gabriel García Márquez is the most read. Chile’s Isabel Allende is a top female contender. And so, in 2002, I borrowed a book by each for my wife, thinking that some august literature might quell her post-natal depression. I also bought a book by María del Carmen Escobar. María del Carmen Who? Good question. But the first question—the identity […]

Last But Not Least 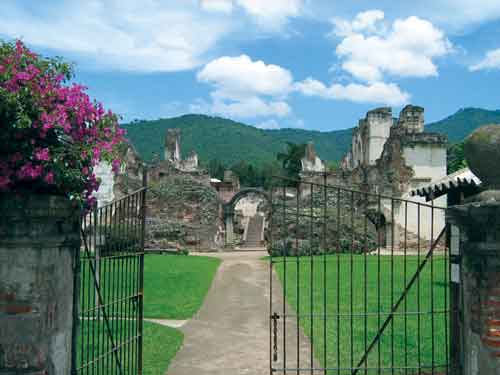 La Recolección is off the beaten track but worth the extra, dusty walk, being among the most impressive ruins in town. Religious reformers punctuate history as far back as anyone wants to go. Constantine, Luther, even Henry VIII, the Wesley brothers. The past century knew Billy Sunday and Billy Graham. Antonio Margil de Jesús is hardly a household name, but […]

Please follow the link below to see the photos appearing throughout the pages of the September 2008 issue of Revue Magazine.

The Transformation of the Compañía de Jesús 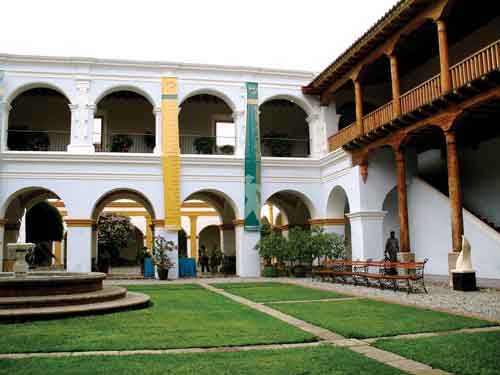 Offering a wide variety of classes and events under its roof, this restored gem receives some 30,000 visitors annually. In May 1992 Spain and Guatemala signed an agreement that launched the restoration of the historic Compañía de Jesús complex, paving the way for the eventual home of the Centro Iberoamericano de Formación (CIF). Located at 3a calle and 6a avenida […] 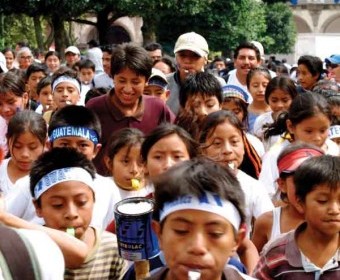 Freedom is the absence of constraints and dependence. In the personal realm this can be confusing. For example, does being without constraints mean a solitary life? Or, how does a person reconcile freedom with the responsibility of a family? Independence holds admiration and aspiration for some, while others turn away in fear. We can be free, yet also be connected […] 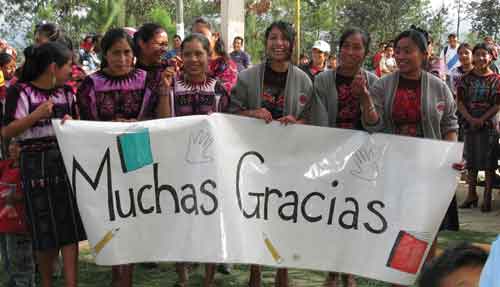 In their literacy campaign, Cooperative for Education has established 172 textbook programs, 30 computer centers, 39 mini-libraries and 284 scholarships A country of extremes, Guatemala is a land where breathtaking beauty is inseparable from its harsh reality—53 percent of the population makes less than $2 a day. Especially at risk are the indigenous citizens, who make up 60 percent of […] 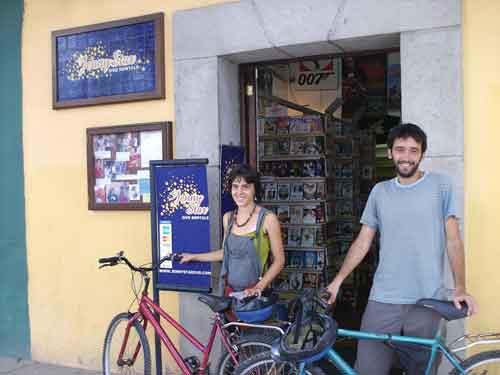 Two years’ work in Ireland proved fun for a couple from Madrid, but with the New Year 2008 they decided it was time for something different: a seven month, 7,000 mile bike trip from Buenos Aires to Guatemala, ending with lots of smiles in La Antigua when the bikes gave out before the Spaniards did. Minia Rex Roman and Carlos […]

Where Am I? And What Day Is It?

Here’s a clue: If it hadn’t been for this event, the colonial gem of La Antigua Guatemala arguably might not exist. Here’s an almost contemporary account of the event, and to keep you guessing the place and, more interestingly, the date, the anwers are far below. This has been a year of much rain, and having been raining Thursday, Friday […] 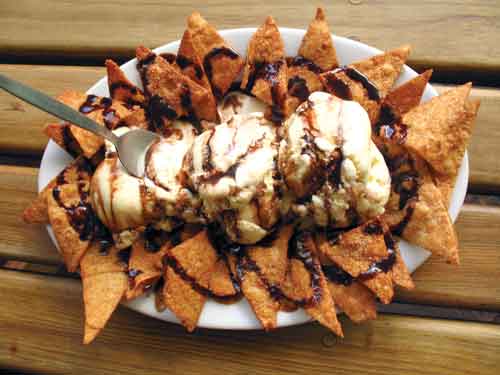 Known in other countries by the names sapodilla and naseberry, these little orange fruits come from a tree that is a distant member of the rosebush family. In China, Japan and India, níspero trees were used ornamentally as well as for the fruit. For millennia only Asia knew of the níspero, but in the 1800s the tree was introduced to […] 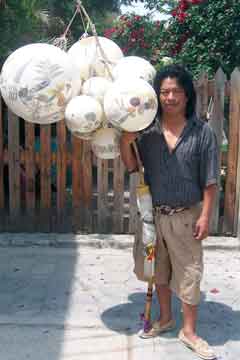 One of Panajachel’s most colorful and asked-about personages, tourists and locals know him as a master craftsman who sells his own handiwork. Self-promoter, religious huckster, iconoclast, “loco”—Francisco Quiej has been called all these things; none is anywhere near the truth. “Indio” is what he calls himself, even though his fellow Mayas consider the term an insult. This renaming took place […]

What the Future Brings

The Panchoy Valley is made up of several municipalities in the Guacalate River basin, including La Antigua, Jocotenango, Ciudad Vieja, Santo Domingo Xenacoj and Sumpango. Have you ever wondered what La Antigua and its surrounding areas would be like 50 years from now? Most of the dreamers picture it as a prosperous area, full of culture and tradition, with international […]

Perhaps it’s a stretch to be asking for donations in order to care for injured and abandoned animals when there are so many human needs, yet suffering is suffering, and we’re all called to action in one way or another. Hound Heights, AWARE’S no-kill animal refuge, is currently sheltering 220 dogs and 80 cats. Many puppies and kittens were adopted […] 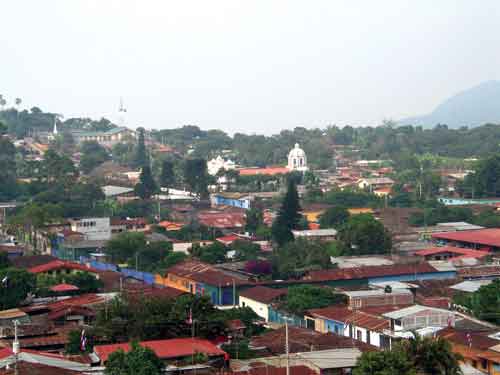 Concepción de Ataco is a colonial villa situated in Ahuachapán, a province in El Salvador. The town is part of the Ruta de Las Flores, which is a journey through colonial towns in the mountains where you can enjoy a cool, pleasant climate and much more. Along the route, visitors will experience spectacular scenery full of greenery and flowers. At […] 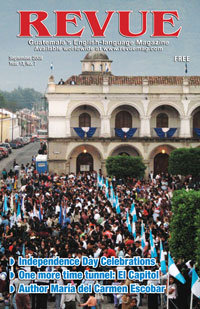 On September 15, 1821, the Captaincy-general of Guatemala (formed by Chiapas, Guatemala, El Salvador, Nicaragua, Costa Rica, and Honduras) officially proclaimed its independence from Spain and its incorporation into the Mexican Empire, which was dissolved two years later. This month, 187 years later, Guatemala and most of Central America celebrates that independence in many forms. Ken Veronda describes many of […]

Regional Symposium on Coffee and Health held in El Salvador

Attended by more than 400 people from Central America, the Regional Symposium on Coffee and Health was aimed at breaking most of the coffee-consumption myths held by the general public and especially among health professionals. The event was opened by El Salvador President Elias Antonio Saca and attended by the Minister of Agriculture, Mario Salaverría; the Minister of Health, José […]